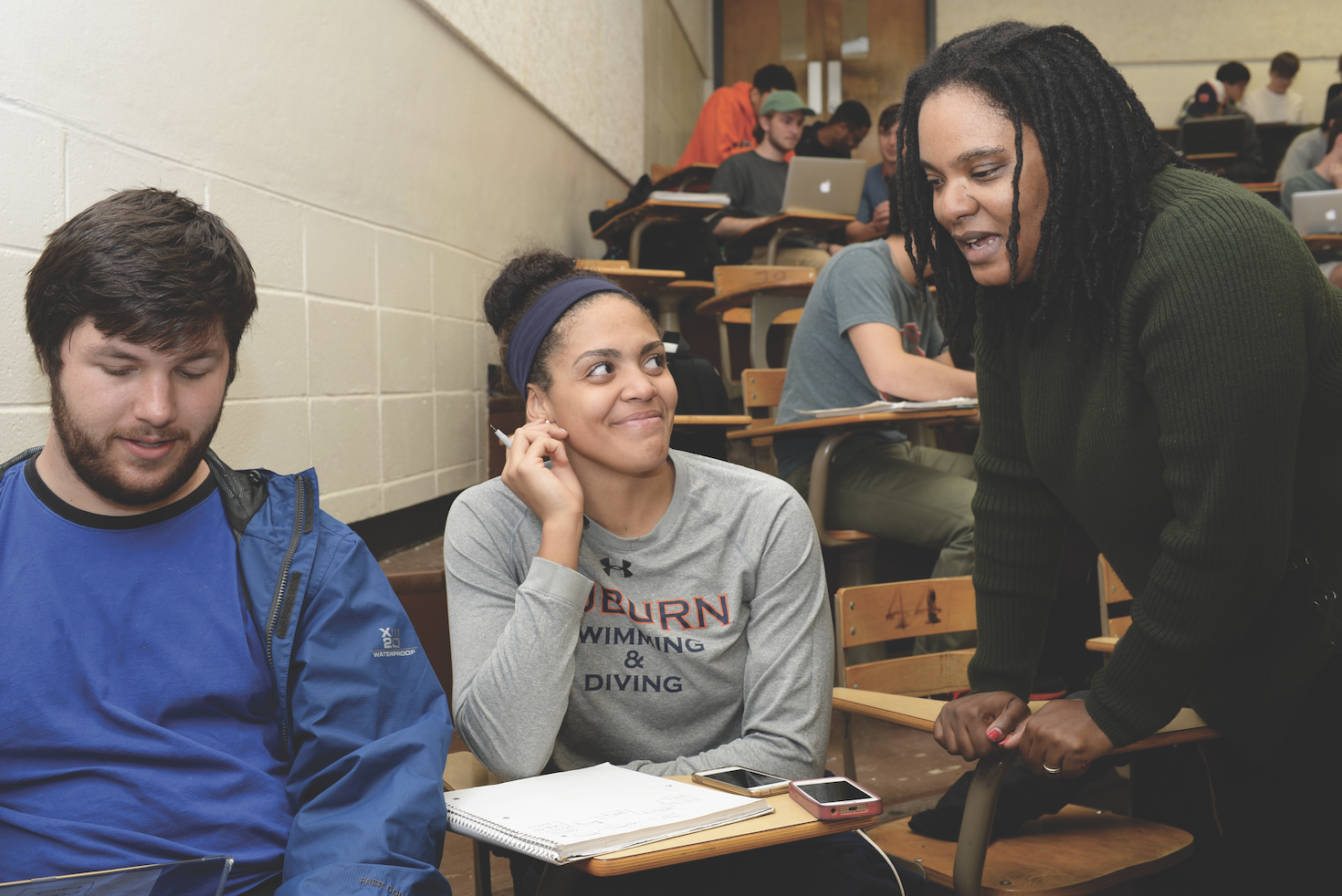 Jakita Thomas’ passion for research on diversity in computing is rooted in her own experiences in the field.

After attending a 2015 conference for women in computing, Thomas and some of her fellow computer scientists left feeling that the conference did not address their unique challenges as black women in the field. To add to their disappointment, not one black woman spoke on the main stage during the conference and a male speaker made a remark many considered sexist.

“That added an extra layer of frustration for us,” said Thomas, the Philpott-WestPoint Stevens Associate Professor of computer science and software engineering at Auburn University. “It was a perfect storm of things. The conference was supposed to be designed to engage women in computing, but we left feeling like our needs weren’t being met.”

When the group of scholars approached the conference leadership with their concerns, they were asked: Why are your experiences so different from those of white women? What makes them unique?

These two questions led Thomas and her colleagues on a new path of research to chronicle the experiences of black women in computing and shine a light on the institutional barriers that sometimes prevent them from entering or continuing in the field. In 2017, only 3 percent of bachelor’s degrees in computer science were awarded to African-American women in the United States.

Since embarking on this research thrust, Thomas and her fellow scholars have begun to fill the gap in research literature, collecting and analyzing a series of digital narratives focused on the intersectional experiences of black women in computing. With another group of colleagues, Thomas also started a Black Women in Computing Conference, which morphed into a computer science education and workforce development organization called blackcomputeHER.

“There was no literature that centers these groups that are typically marginalized within computing to begin to understand and unpack how their experiences are different and unique,” Thomas said.

Thomas began exploring research literature on intersectionality and critical race theory – two frameworks more traditionally related to the social sciences – and began applying that to her research on black women in computing.

After recording digital narratives from black women in computing, Thomas and her fellow researchers worked to independently code their responses to include them in a data set.

Their paper, “Speaking Truth to Power: Exploring the Intersectional Experiences of Black Women in Computing,” found that these women experienced discrimination, unrealistic expectations from others, isolation, sexism and racism, but despite these obstacles, they stayed committed to the computing discipline These women continued in the field by remaining true to their personal and professional goals, having effective mentors and inspiration from their fathers, according to the study.

Thomas suspects that low representation of women of color in computing is because many people are not willing to deal with the institutional hurdles they would have to face.

“Computing is viewed as a meritocracy, but that is not true,” Thomas said. “This research is about shining a light on these structures so that we can begin to dismantle them and level the playing field.

“And it’s also about providing examples for young women of color so they don’t have any preconceived notions about what a computer scientist should look like,” she added.