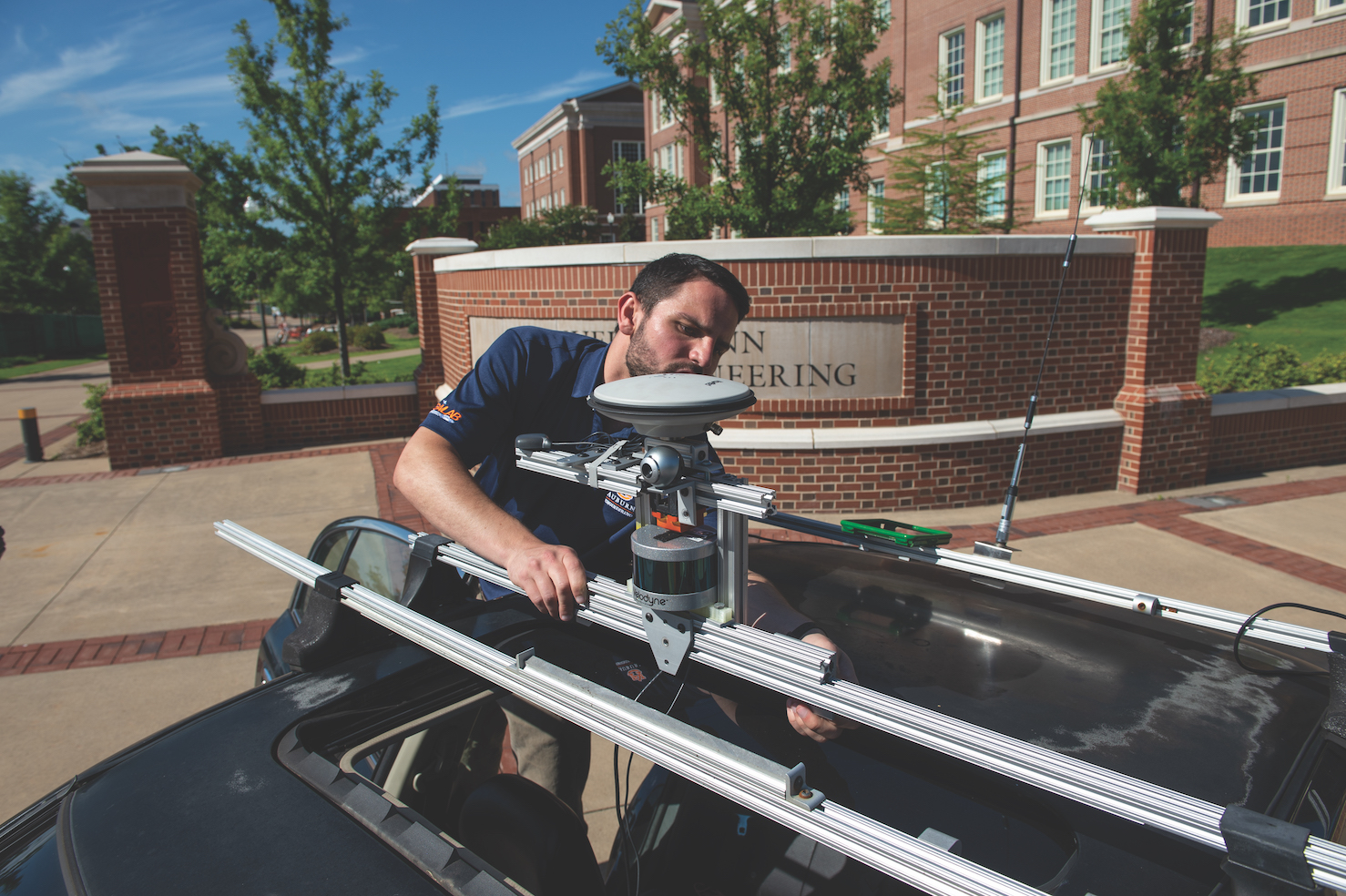 Each day, people rely on hundreds of GPS, navigation and timing devices and instruments to assist in everything from driving directions to counting steps. However, those devices are not completely accurate 100 percent of the time.

But thanks to research being conducted within the Auburn University Samuel Ginn College of Engineering, those gaps in timing and location are being closed.

The GPS and Vehicle Dynamics Laboratory, or GAVLAB, within the college focuses on navigation and positioning, in addition to vehicle dynamics and controls, with much of the research being conducted at the intersection of the areas.

GAVLAB research is led by mechanical engineering faculty David Bevly, the Bill and Lana McNair Distinguished Professor, and Scott Martin, assistant research professor, and is assisted by more than 30 graduate and undergraduate students.

In the case of truck platooning, researchers take low-cost commercial sensors on production vehicles and conceive intelligent ways of fusing data together through smart algorithms developed in the lab to enable close-gap following to improve fuel economy – as much as a 5 percent savings – and safety. 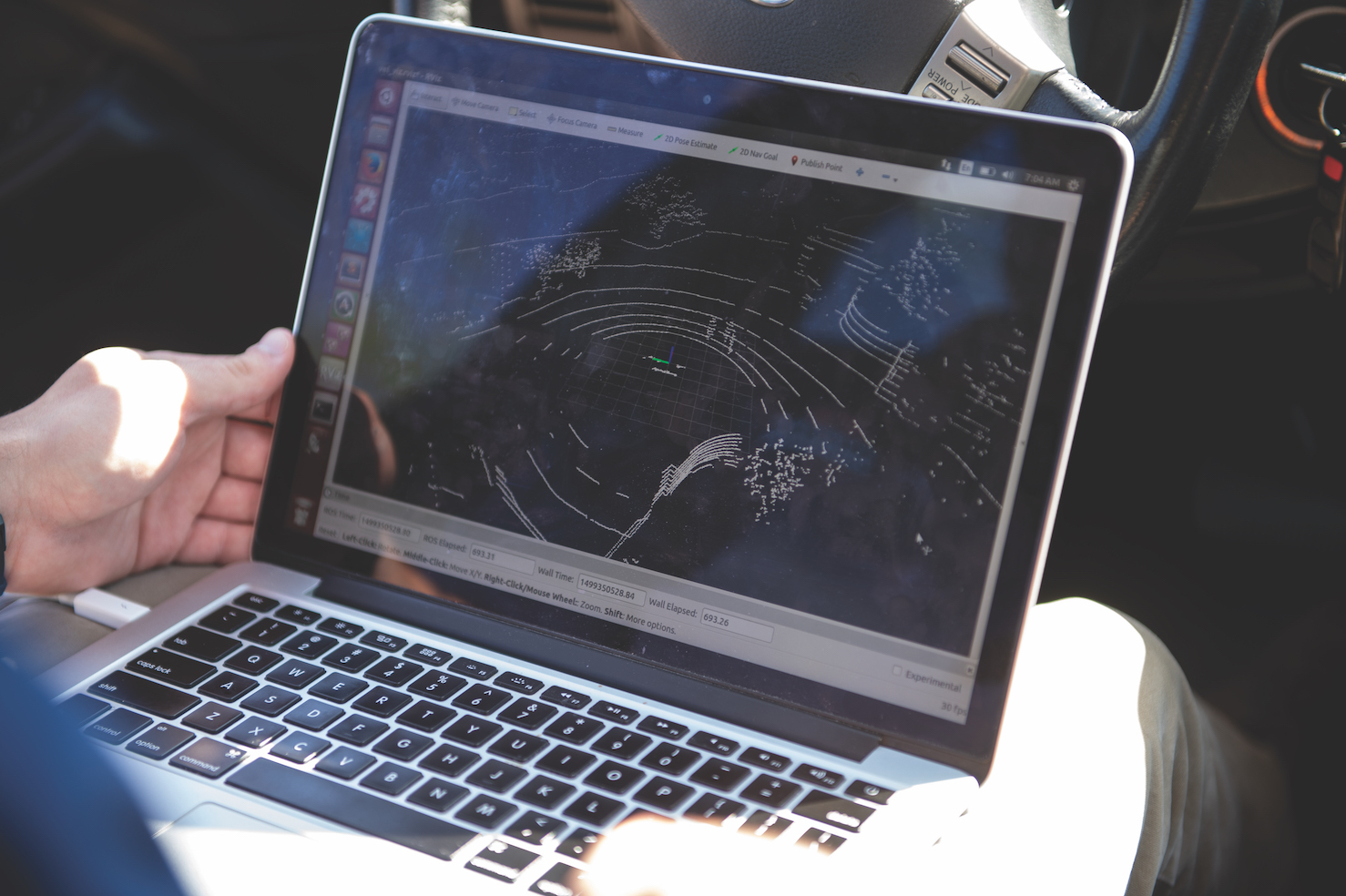 “It improves the safety for the driver of the trucks, it improves the safety for the people around the trucks while improving fuel savings for the fleet owners operating these trucks, which improves the bottom line. And, ultimately, if you’re cutting fuel you’re reducing emissions. It has benefits sweeping across a wide range of things,” said Bevly, who has served as principal or co-principal investigator on more than $20 million in extramurally funded research and holds three patents related to GPS technology and vehicle control.

As a result of this research, Auburn is one of six organizations involved in a two-year study assembled by the American Center for Mobility to further research and test automated convoy platooning using military and commercial grade trucks.

The study aims to autonomously control an entire fleet of commercial and military vehicles – braking, throttling and steering – while optimizing fuel efficiency and safety. It is the first study of this scope attempted in the United States.

Meanwhile in Canada, Auburn University and two of its research partners recently made history by conducting the first ever on-road commercial truck platooning trial in the Great White North.

Auburn has tested its truck platooning technology on U.S. highways before, but these tests offered a new environment for testing.

“The system combines sensors, measurements from a radar and GPS data with other vehicle information such as brake and throttle status shared over a dedicated short range communication radio in order to maintain accurate gap spacing and enable safe platooning,” Bevly said. “We believe the testing we were able to perform in conjunction with our Canadian partners helped us move forward in validating the technology. Specifically, it provided us with a unique opportunity here to test in conditions that were new to us, and are grateful for the assistance of Transport Canada and FPInnovations.”

A distance of between 65 to 100 feet was kept between the two trucks, which allows a passenger vehicle to safely cut in between the vehicles. The truck platoon travelled several hundred miles on highways with normal vehicular traffic. 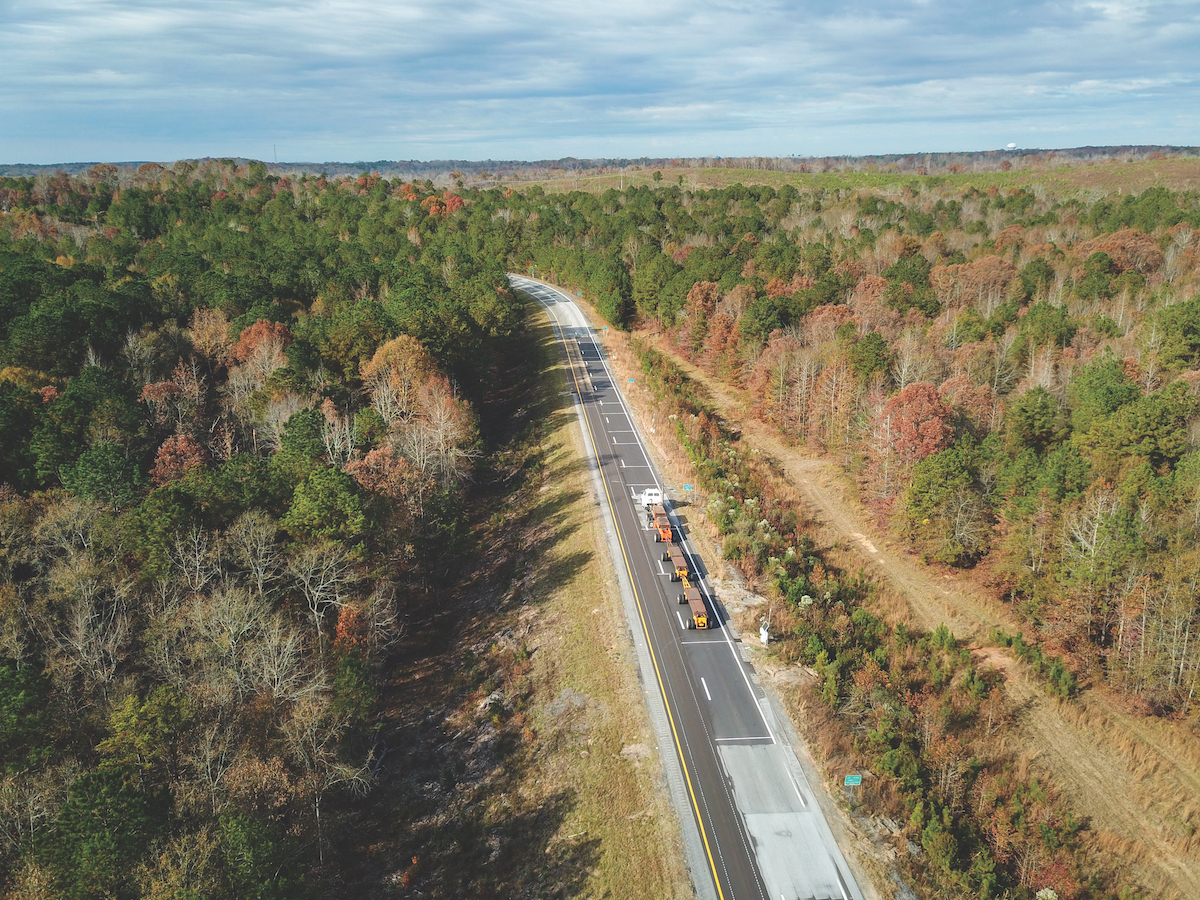 Much of the GAVLAB research is conducted at the National Center for Asphalt Technology’s 1.7-mile test track, with some recently being tested across the Canadian border.

“Auburn’s system proved to be very reliable even in the rainy and snowy conditions we experienced. We were able to spend most of our time on the road with the platooning mode engaged,” said Edouard Proust, a PIT Group engineer with FPInnovations. “This is a great achievement. It’s a little soon to make a conclusion on the data that was gathered, but the system reacted properly to vehicle cut-ins and to road conditions.”

“While GPS provides us very accurate navigation information when available, it can be degraded in some environments with heavy foliage or urban canyons where buildings block the signals,” said Scott Martin, assistant research professor. “We’re working to improve the availability of GPS and to improve accuracy of the navigation solutions by combining GPS with additional sensors, cameras, lidar and radar commonly found on production vehicles that can be used to improve the robustness of our solutions.”

These solutions could be used to assist navigation for vehicles, pedestrians and the visually impaired.

“Positioning has become ubiquitous,” Bevly said. “We want to know where we’re at or how to get somewhere, and we want that all the time. We expect it now.”

In addition to the research being conducted, the GAVLAB is also producing the next generation of engineers and navigation experts who can go into industry and help solve these critical problems. These engineering graduates have gone on to work for the defense industry, Tesla, Delphi, Draper and others.

GAVLAB’s research facilities include the National Center for Asphalt Technology’s test track, a 1.7-mile oval track jointly operated by Auburn University and the National Asphalt Pavement Association, as well as several drive by-wire and automated vehicles that include two Peterbilt tractors, a Lincoln MKZ and an autonomous ATV.