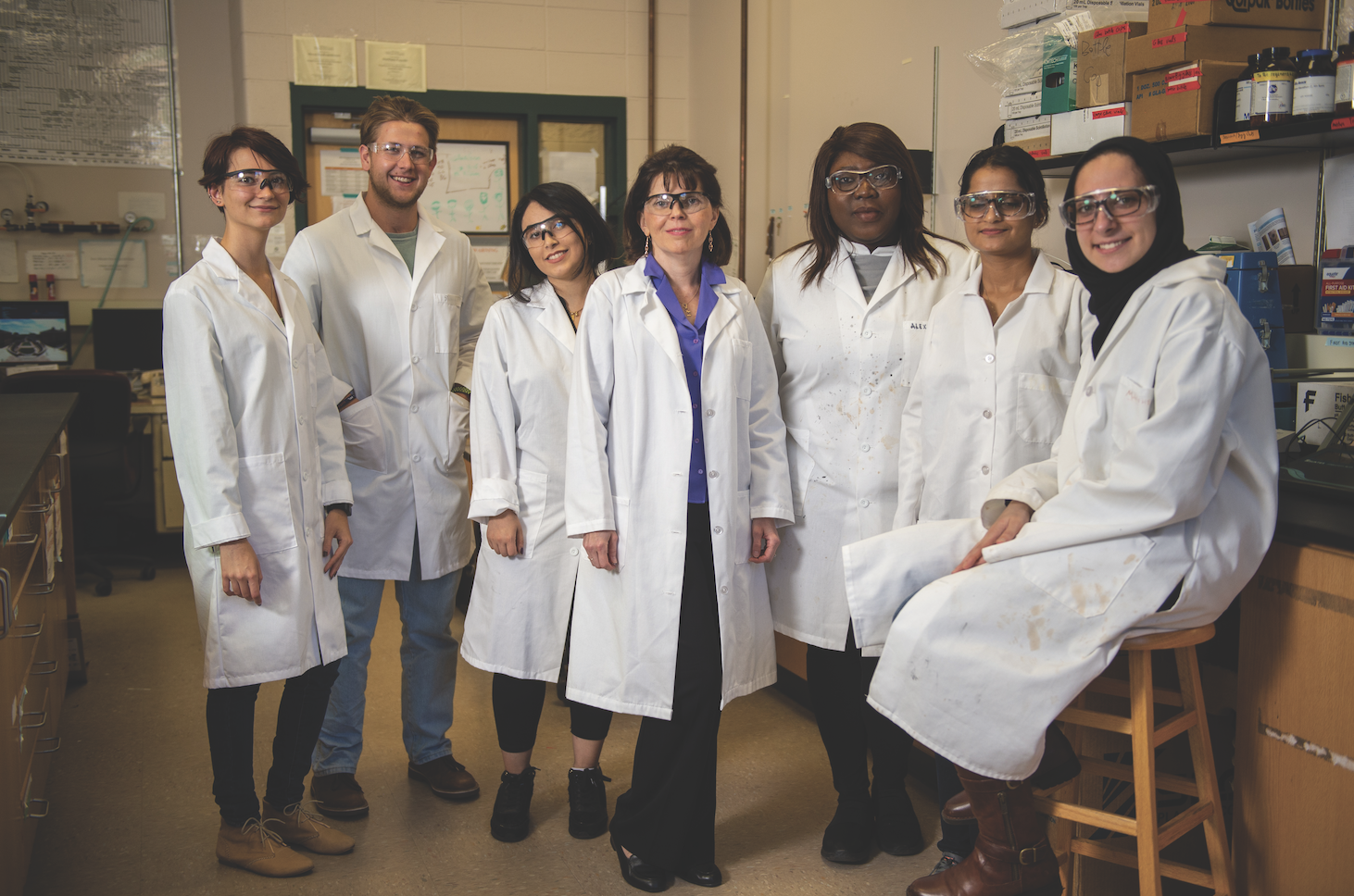 The alumni professor in the Samuel Ginn College of Engineering joined the Department of Chemical Engineering in 2005 and immediately took a leading role in a wide array of university outreach initiatives. Her work with the Women in Engineering Camp, Science Olympiad, summer NanoDays, BEST Robotics and E-Day was more than enough to earn her 2016’s Award for Excellence in Faculty Outreach, Auburn University’s highest honor for faculty whose outreach efforts inspire significant community engagement.

She’s also made a habit of national recognition for research both in nanotechnology and materials engineering.

Her latest accomplishment? Winning a $342,502 grant from the National Science Foundation to investigate the factors influencing the attitudes of minority youth in underserved communities toward science and engineering, something she plans to do using an unconventional approach.

“We’re going to focus mostly on the community aspects of STEM,” she said, “not the technological aspects.”

Accordingly, Davis has partnered with Alabama STEM Education (ASE), a non-profit organization based in Bessemer, Alabama that aims to spark early interest in STEM by engaging local elementary, middle and high school students through activities in hands-on teaching environments.

“We’re looking to see how involving community-minded kids in a STEM camp that focuses in part on making an impact in your community affects how they view STEM,” Davis said. “The goal isn’t to make them all engineers, but if they want to be politicians or community activists, the goal is to help them see how STEM can also affect their communities.”

Daniela Marghitu, a faculty member in Auburn’s Computer Science and Software Engineering Department, and one of Davis’ co-principal investigators on the project, serves as an ASE co-chairman. Other co-principal investigators include Auburn assistant materials professor Edward Davis and Joni Lakin, an associate professor in Auburn’s Department of Educational Foundations, Leadership, and Technology.

“We just want to understand how a more community-focused offering vs. a more traditional STEM offering affects the professional identity development and career aspirations of those students,” Davis said.

Davis says the study’s target demographic represents one of the largest untapped sources of future engineers in the south.

“Auburn does a lot outreach in nearby communities like Loachapoka and Notasulga, which is great,” Davis said. “But I think this will show that we are reaching out across the state. From our perspective as a land-grant university, helping people see their career options and helping build up communities is pretty important.”