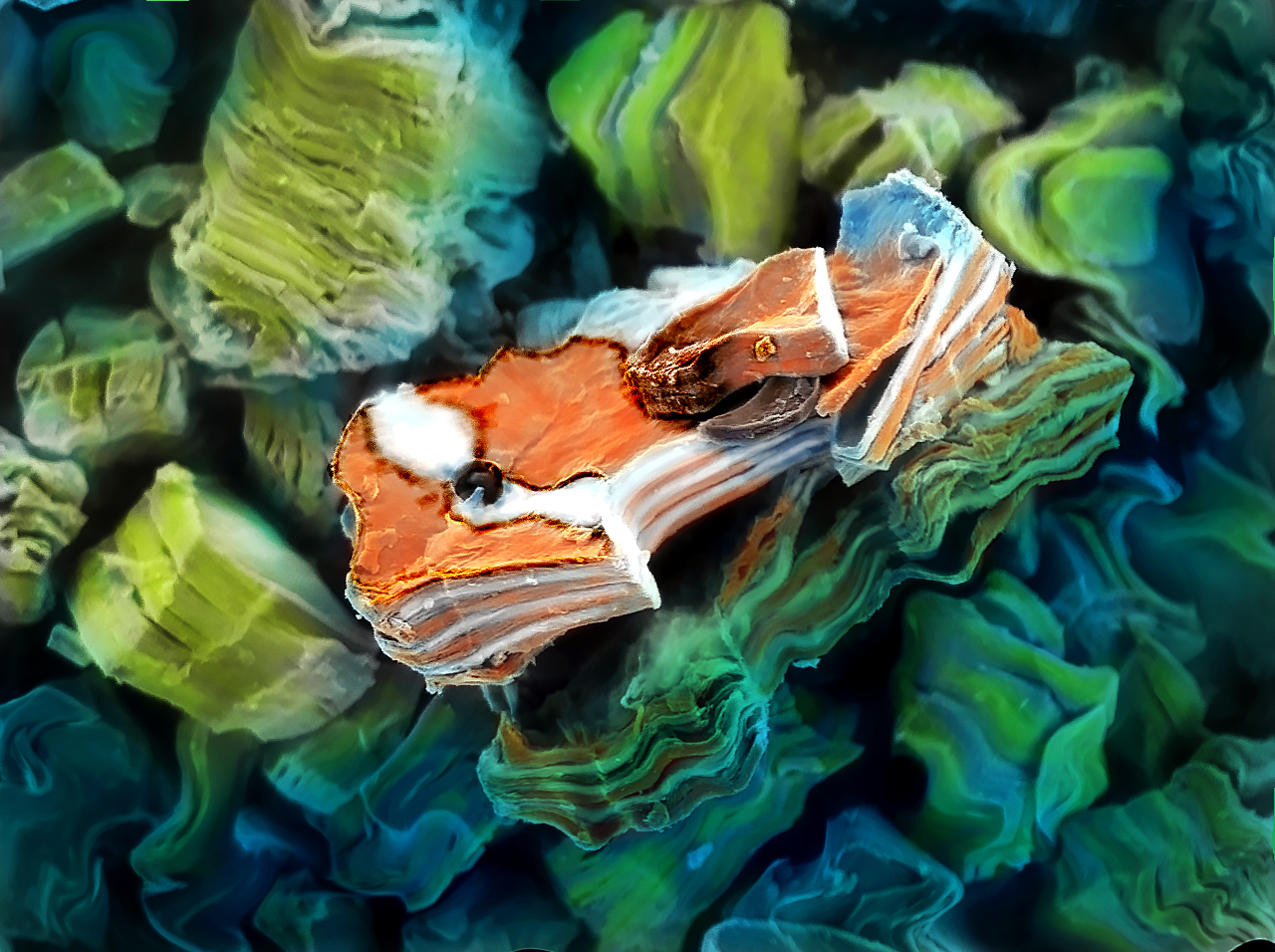 Armin VahidMohammadi was sitting at the $500,000 JSM-7000F scanning electron microscope (SEM), finding ways for two-dimensional conductive nanomaterials called MXenes to maybe one day charge your cell phone in two seconds, and then he saw it — Nemo. There he was, 10 times smaller than the width of a human hair, swimming through shadowy layers of a MXene designated Ti2C.

VahidMohammadi cropped him out, brought him to life in Photoshop, logged onto JEOL’s website—JEOL makes the JSM-7000F—and clicked submit. Naming “Nano Nemo on the Water” their 2017 Grand Prize winner was probably the easiest decision judges for the Japanese company’s annual SEM image contest have ever made. VahidMohammadi’s stuff is just that good.

In less than three years, the doctoral student in the Auburn University Samuel Ginn College of Engineering has established something close to a dynasty on the competition circuit cultivated by aesthetically minded materials engineers who regularly interpret aspects of their research as works of art.

In 2016, the incredible “Nano Lord Voldemort” that VahidMohammadi, an avid Harry Potter fan, conjured from MXene particles placed first out of nearly 200 submissions in the Materials Research Society’s semi-annual Science as Art competition.  Only two have won first place more than once. The only student?  Auburn’s Armin VahidMohammadi.