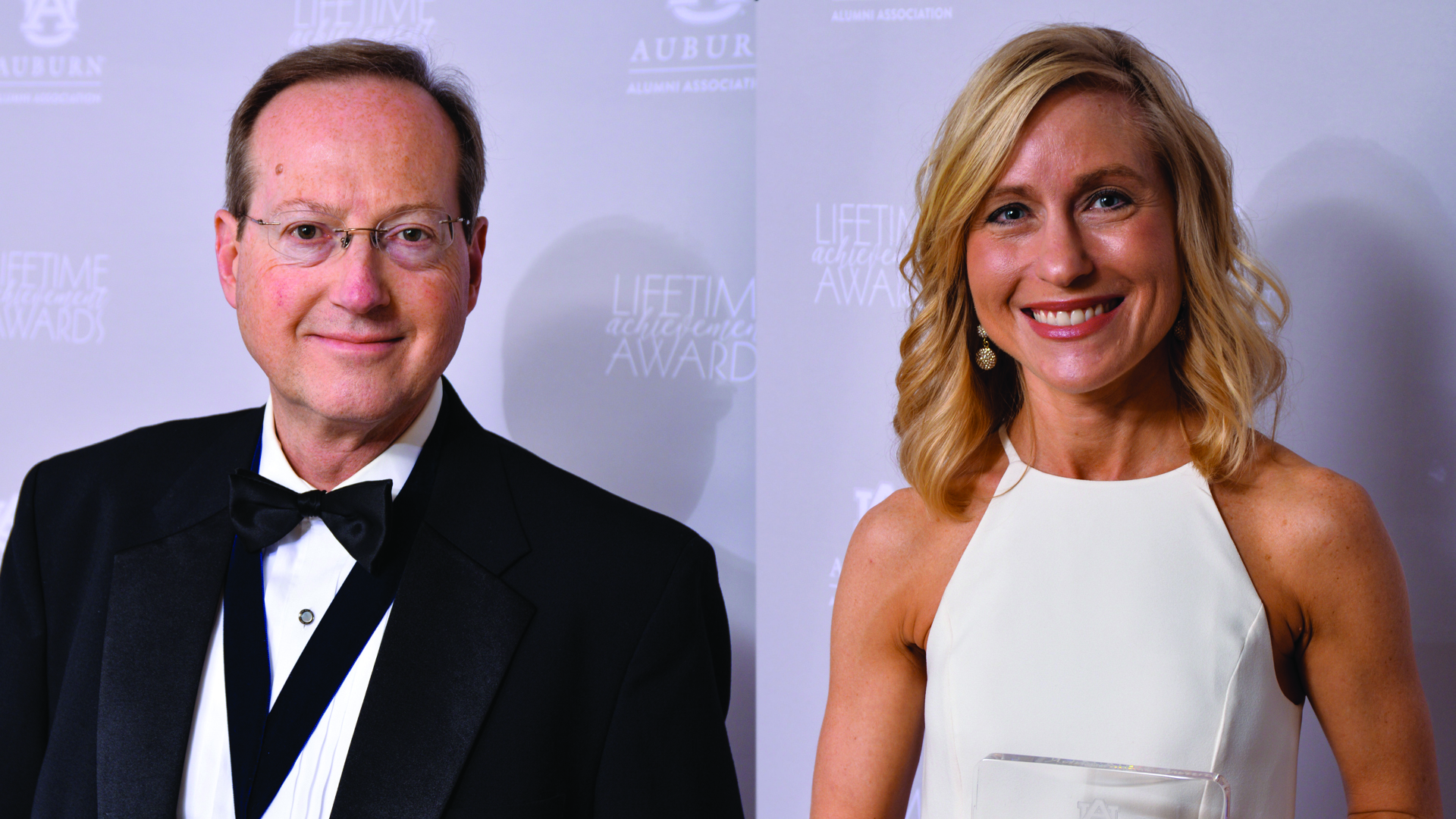 The Auburn Alumni Association recognized five recipients, including a civil engineering alumnus and a chemical engineering alumna, with its highest honors March 2 at The Hotel at Auburn University and Dixon Conference Center.

• Neil Owen Davis ’35, a newspaper publisher and editor who rose to prominence during the Civil Rights era for his stands on desegregation, public education and poverty relief.

• Dick Ingwersen ’70, the founder of the Atlanta-based certified public accounting firm of Gifford, Hillegass and Ingwersen, or GH&I, and co-founder of Ingwersen & Taylor law firm.

Stone is the past chairman of the Auburn University Foundation, as well as the Auburn Alumni Engineering Council. He received the Outstanding Alumnus Award in Civil Engineering in 2005, the Distinguished Auburn Engineer Award in 2012 and was inducted into the State of Alabama Engineering Hall of Fame in 2014.

He has been a significant contributor to Auburn University and the Samuel Ginn College of Engineering, previously supporting scholarships in the colleges of Engineering; Architecture, Design and Construction; and Sciences and Mathematics. He has also been a supporter of the Auburn University Marching Band, Department of Athletics, the Gogue Performing Arts Center and the Ralph Brown Draughon Library. He and his wife, Linda, established the Jeff and Linda Stone Leadership Awards, and the couple are members of the university’s 1856 and Foy societies and engineering’s Ginn, Keystone and Eagles societies.

He is the current chair of the United Way of Central Alabama’s 2019 annual campaign, and is a past chairman of Samford University’s Board of Overseers and a member of the Birmingham Southern College Norton Board. He also currently sits on the boards of Children’s Harbor, Omicron Delta Kappa Foundation and serves as captain of the Monday Morning Quarterback Club of Birmingham. A former president of the Sunrise Rotary Club and a current board member of the Downtown Rotary Club of Birmingham, Stone is also a graduate of Leadership Birmingham and Leadership Alabama.

Robinett joined Southern Company, the parent of Alabama Power, in 2001 as an engineer for the Southern Power wholesale subsidiary. She worked several years in Southern Company’s fuel services organization, managing emission allowance procurement and other strategic environmental issues for the generating fleet.

As the vice president of Corporate Real Estate for Alabama Power, she is responsible for managing the company’s land holdings in support of business objectives through land management, acquisition and sales. Most recently, she was the area manager for Alabama Power’s Birmingham Division, where she was responsible for business office operations, customer relations, community development and external affairs.

In 2018, Robinett was presented with the Auburn Alumni Engineering Council’s Young Alumni Award. She has established scholarships in the colleges of Engineering and Business, and she remains involved with the university through the alumni council and the college’s 100+ Women Strong program — an initiative to recruit, reward and retain female engineering students at Auburn. She is a member of the university’s Foy, Samford and Petrie societies and engineering’s Eagles Society.