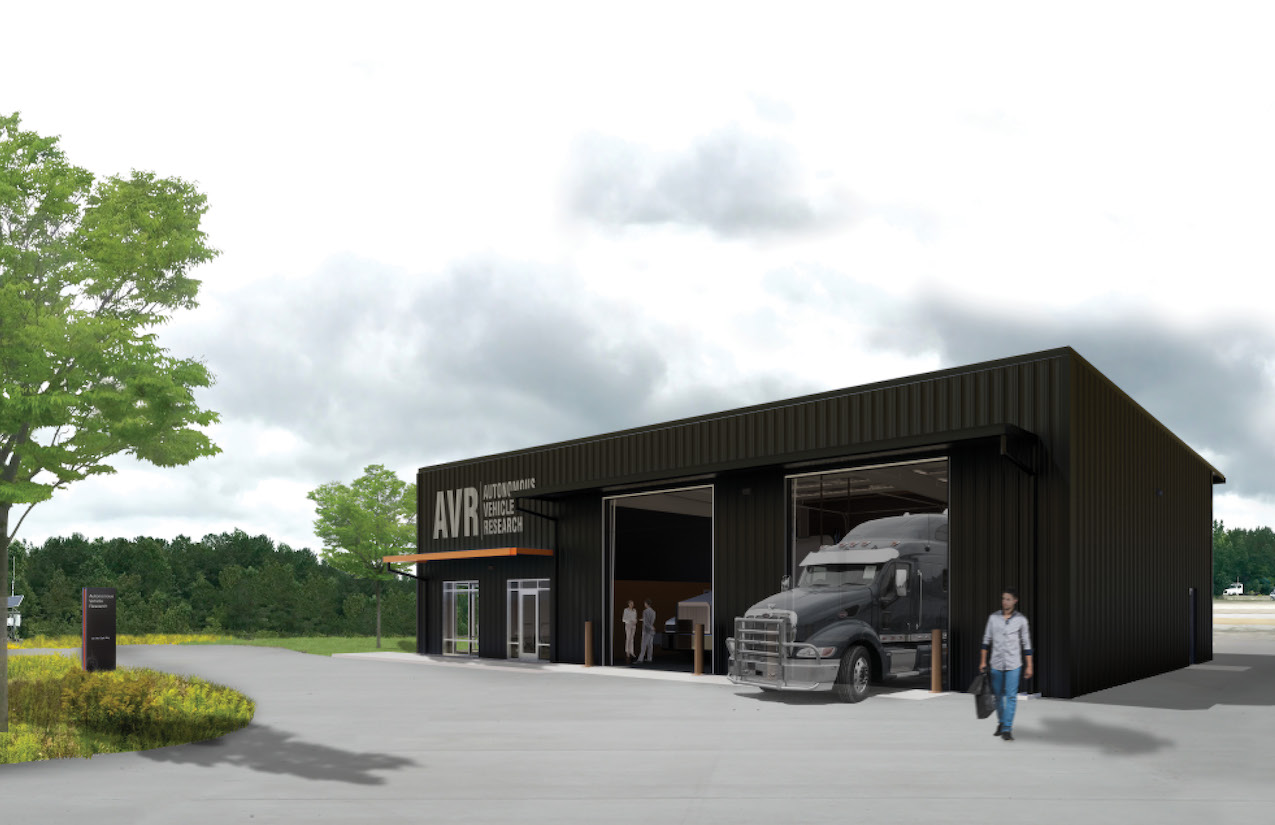 For researchers in Auburn University’s GPS and Vehicle Dynamics Laboratory, prepping autonomous vehicles outside in Alabama’s elements – from the sweltering summer sun to pop-up thunderstorms – has become a near daily occurrence.

Whether researchers are debugging algorithms, installing sensors or running data analyses, much of the GAVLAB’s work is done outdoors – and subject to Mother Nature’s whims.

Thanks to the addition of a sophisticated new autonomous vehicle research facility at Auburn’s National Center for Asphalt Technology test track, that has changed. The facility provides a garage with multiple bays and lifts for commercial trucks and passenger vehicles, office space for researchers, a conference room and an observation area overlooking NCAT’s 1.7-mile oval test track.

The building is one of the few autonomous research facilities in the nation attached to a test track.

“The fact that we have our own test track where we can run autonomous vehicles and autonomous testing attached to this facility I think is an unbelievably unique asset,” said David Bevly, the Bill and Lana McNair Distinguished Professor of mechanical engineering and co-director of the GAVLAB along with assistant research professor Scott Martin.

Since Bevly joined the Auburn Engineering faculty in 2001, the GAVLAB has built a strong reputation in autonomous vehicle navigation and developed a broad sponsored research portfolio, with projects ranging from the Department of Defense and the Federal Highway Administration to many private industry partners. 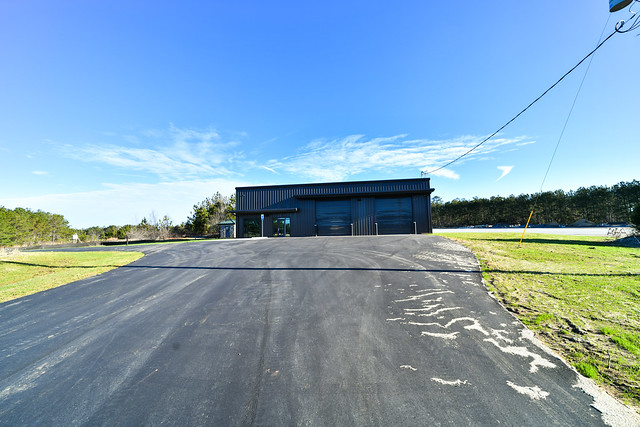 With various sponsors visiting each month, the facility’s planned observation area gives the GAVLAB team a high-quality space to demonstrate its research. Bevly’s group has also conducted demonstrations for legislators and the Alabama Department of Transportation.

“It’s a great facility for us as a team, but also allows us to showcase our work,” Bevly said.

“Dave and his GAVLAB team are one of our top research groups on campus, and their work has elevated Auburn to an internationally prominent position in navigation and vehicle dynamics for autonomous vehicles,” said Jeff Suhling, the Quina Professor and department chair for mechanical engineering. “Our department is proud to commit resources along with the College of Engineering to support high-impact researchers. We think this facility will really help set us apart from other universities in autonomous vehicle research.” 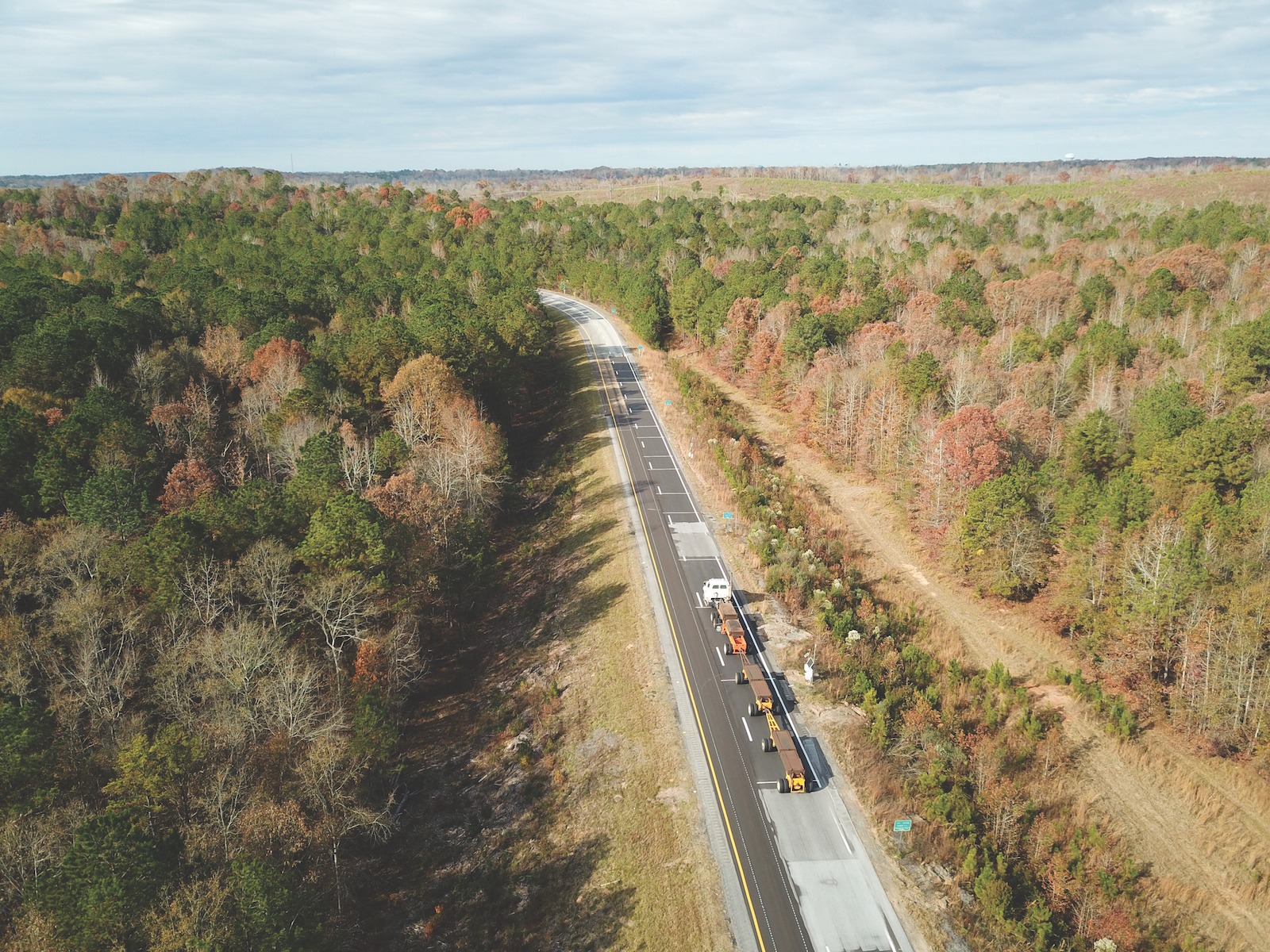