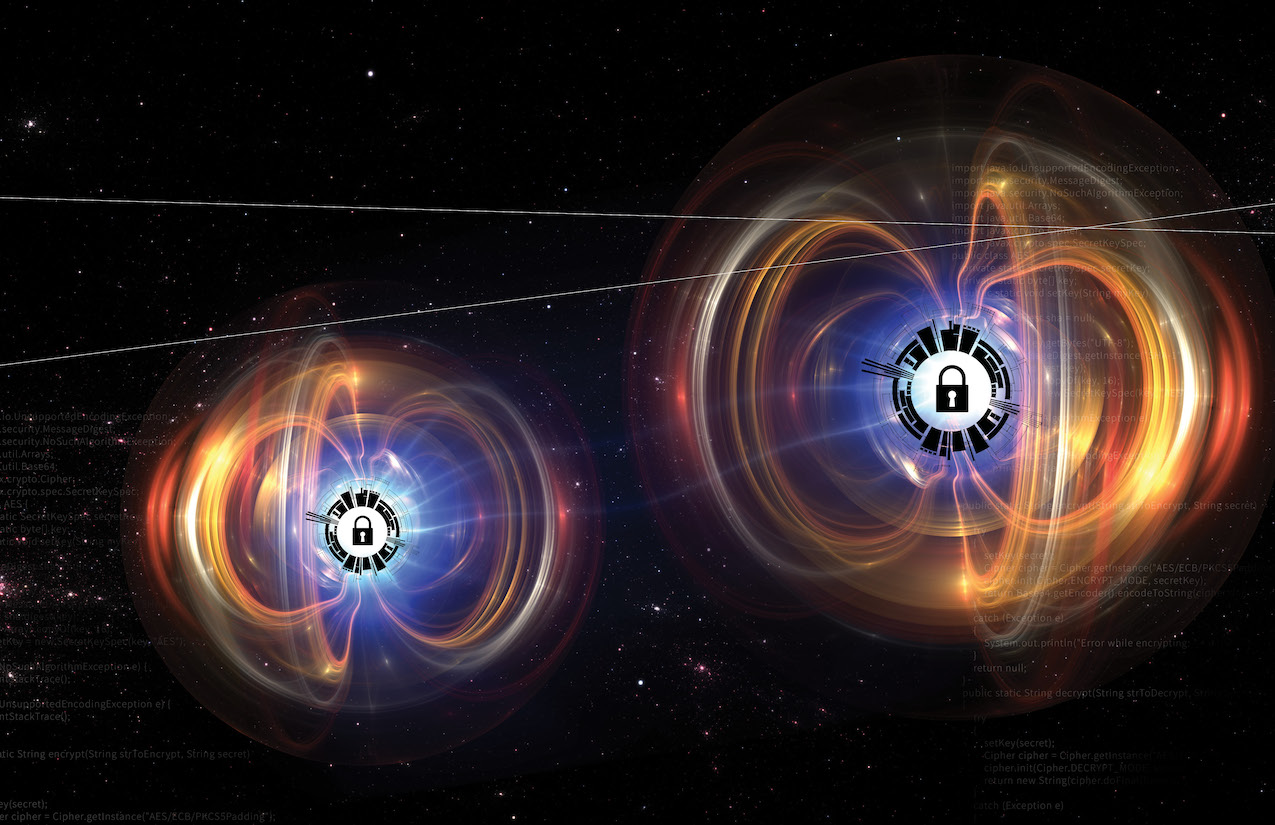 For decades, the Advanced Encryption Standard (AES) has been the gold standard for securing sensitive data, ranging from military communications to financial transactions.

An encryption that may take a classical computer 1,000 years to break could potentially be broken by a quantum computer in a matter of minutes.

That startling reality has the world looking toward the next iteration of cryptography in the impending quantum era, sparking a battle for quantum supremacy between the United States and China. 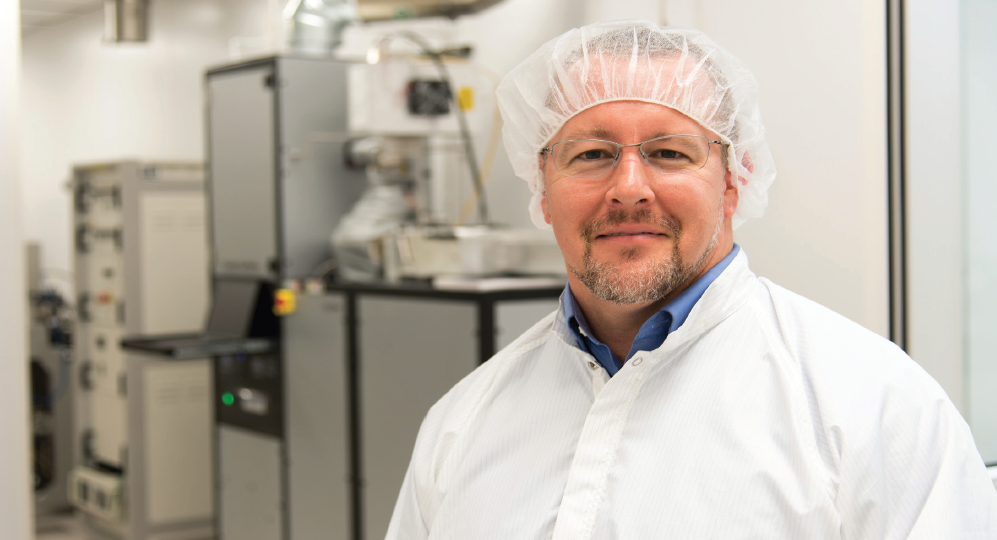 Mike Hamilton, professor of electrical and computer engineering, is director of the Alabama Micro/Nano Science and Technology Center.

“The U.S. has significantly fallen behind China in quantum information processing,” said Mark Adams, associate professor of electrical and computer engineering. “China has beaten us to the punch over the last number of years. The Chinese government has spent a lot of money to increase their capabilities in this area.”

That was evident in 2017 when China launched the world’s first quantum satellite into orbit.

To counter, the Department of Defense is supporting wide-ranging research initiatives in quantum information processing, including multiple projects led by Adams and professor Mike Hamilton at Auburn University.

One such project, sponsored by the Air Force, is working to advance the quantum encryption work China has demonstrated with satellites by scaling it down for small satellites. With traditional cryptography, an encrypted message can be decrypted with a key that is sent through standard channels. Using a technique known as quantum key distribution (QKD), the message is still sent using standard encryption, but the key itself is a quantum-based key sent via satellite, fiber or another method.

“Our entire project is creating a test bed for evaluating this technology. We’re building the satellites, we’re building the payload, we’re building the ground stations and everything so that we can test how effective this technique is from a miniature CubeSat,” Adams said. “The Chinese already demonstrated it from a large, school bus-size satellite. We’re trying to take a school bus and condense it down to a small satellite. There are a lot of engineering challenges to put it in something the size of two loafs of bread.”

And these aren’t your standard engineering challenges. For instance, the environment can act on two quantumly entangled particles, causing them to lose their connection, which is known as quantum decoherence. 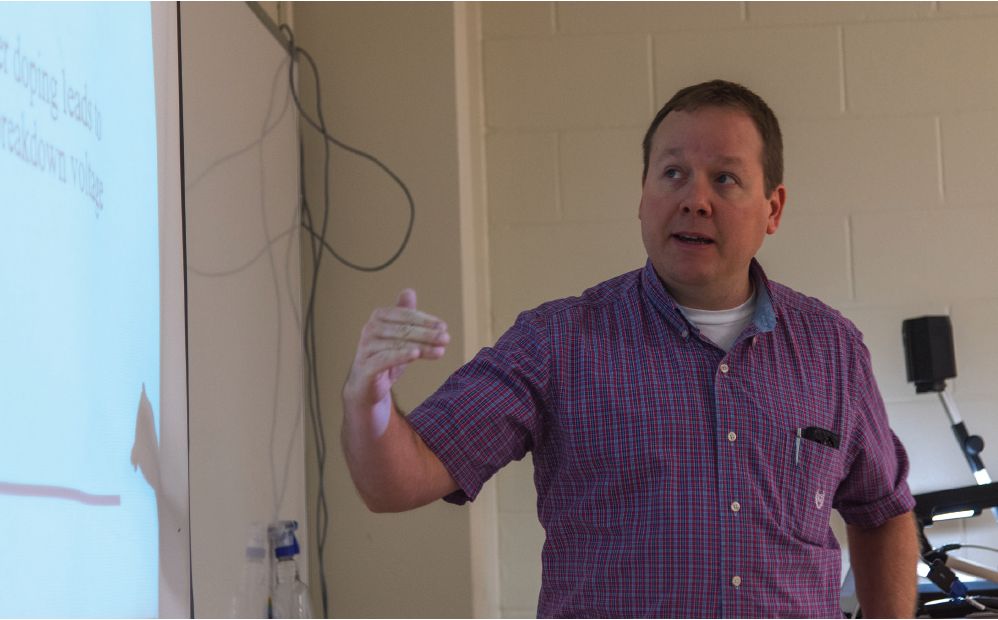 “This is one of the key challenges of quantum engineering,” said Hamilton, director of the Alabama Micro/Nano Science and Technology Center. “How do we take these systems and engineer them so they maintain their coherence and quantum properties as we literally cram them into smaller spaces?”

At present, Auburn’s QKD setup can only operate at night due to solar blinding, where energy from the sun can wash out signals sent on the typical communication wavelength of 1.5 microns. Adams and Hamilton are exploring a number of options to make their QKD system viable around the clock instead of just at night.

“We’re looking at using longer wavelengths or lower energy photons that could cause less solar blinding,” Hamilton said. “Then you’re not being washed out by wavelengths from the sun’s energy. Other possible paths include pushing wavelengths deeper into infrared or even going down into microwaves.”

“There’s a ton of issues with generating entangled particles from an optical standpoint,” Adams said.

In the interim, Adams and Hamilton are using weak coherent pulses – not fully entangled particles – to make their QKD system work with lower photon counts. Adams is planning a separate research study looking at generating truly entangled optical particles for a small satellite.

The QKD project is nearing the two-year mark, when it will undergo critical design review and the Air Force will decide whether Auburn can go forward with build-out. If given the go-ahead, the satellite could potentially launch into orbit in the project’s fifth year.

Although QKD and other forms of quantum information processing represent a major step forward, the long-term goal is to fully unlock the technology’s encryption potential.

“The ultimate objective is to have quantum entanglement sources where we could generate the data fast enough to transmit full messages through quantum encryption, but right now that’s just intractable,” Hamilton said.

Until then, like much quantum information processing research, it’s an iterative process to advance the technology by adapting today’s systems to work with quantum systems. 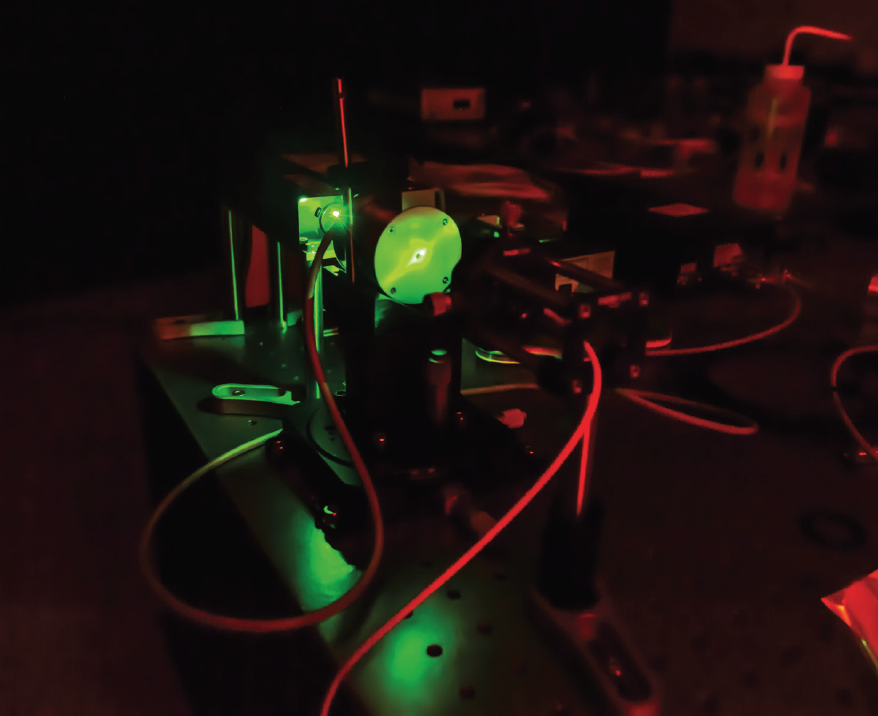 “Physicists may want to work with the most fundamentally quantum components so they can learn about the physics,” Hamilton said. “But we have the ability as engineers to build some really advanced, hybrid systems that may be quantum for one part and classical for another.”

And these hybrid systems, such as QKD, have some serious upsides from a communication security perspective. If someone were to intercept a quantum key transmission, the key’s sender would know immediately.

“Since the two photons share similar characteristics, if you measure one of those photons by eavesdropping on it, the characteristics of the other one change simultaneously,” Adams said. “That’s a big security advantage that comes with quantum entanglement.”

As much as American and Chinese defense officials would love to know when they are being overheard by their geopolitical rivals, the two countries are pouring large sums of money into quantum encryption research for a far loftier goal – a totally impenetrable encryption scheme.

And that’s exactly what researchers at Auburn University are working toward with QKD.

“As we understand it today, quantum mechanics forbids you from doing what you would need to do to break the quantum keys,” Hamilton said.