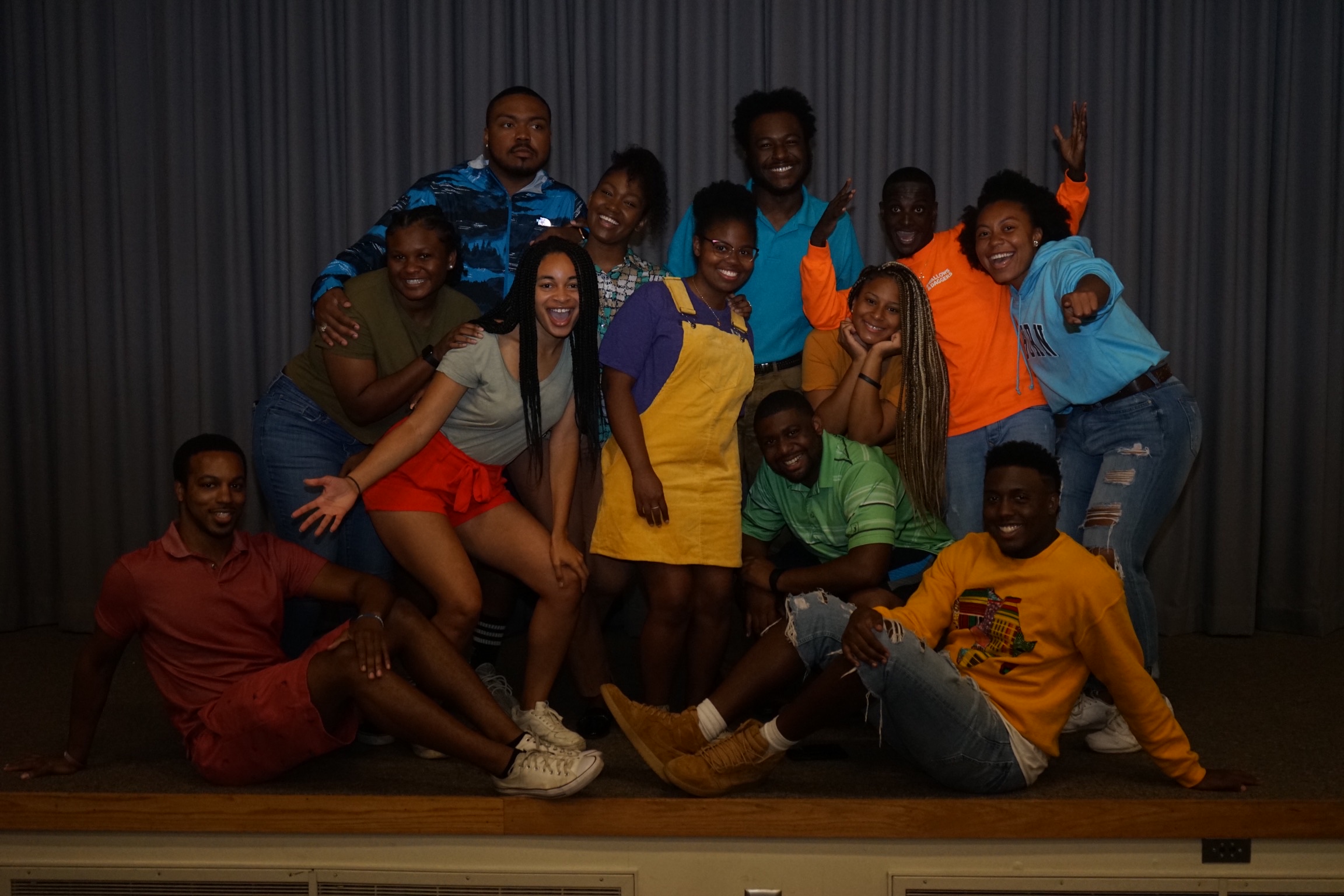 A Family Within the Auburn Family

This is what the National Society of Black Engineers (NSBE) has become for so many Black students in the Samuel Ginn College of Engineering. First formed in the late 1980s, the Auburn University chapter of NSBE continues to thrive, even amid a global pandemic, because of the passion of its members and a dedicated network of alumni supporters. 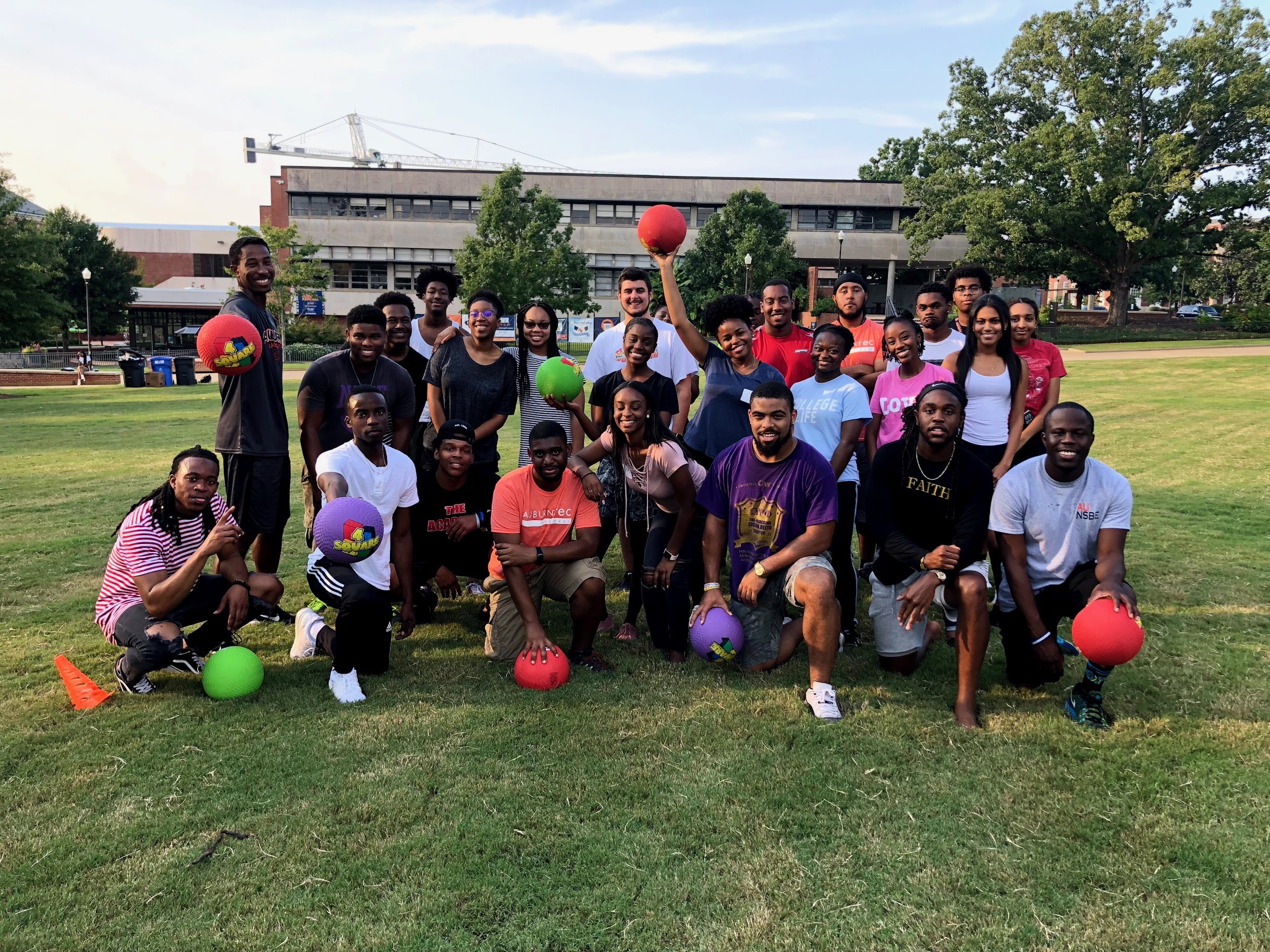 Each fall, NSBE hosts a week of social and athletic events to welcome new and returning club members.

“I went through phases of wanting to be a doctor and then a teacher, but I would always come back to being an engineer. Once I decided I wanted to study engineering, there really wasn’t any other school that, in my opinion, compared to Auburn Engineering, especially as close as I wanted to be to home. It was a no-brainer,” said Foster, a Montgomery native.

She joined NSBE and attended FRC that first semester because it was what her parents did their freshman year. The conference is a chance to travel to another city, compete against engineering programs from throughout the Southeast and form bonds with classmates that last throughout college and beyond. What Foster found at her first NSBE conference opened her eyes to the value that an organization such as NSBE can offer to students such as herself.

“Everywhere you look at FRC, there’s Black people dressed up in professional attire – just business professional from head to toe. A lot of us don’t ever get to see that,” she said. “It’s hundreds of people who look like us dressed professionally and doing great things in engineering.”

A community of support

The organization was founded by six Purdue University students in 1975 in an effort to combat a high dropout rate among Black engineering students – a rate that reached as high as 80% in the late 1960s. Today, NSBE has more than 600 active collegiate, professional and pre-collegiate chapters with more than 24,0000 members in the United States and abroad dedicated to advancing the organization’s mission: “To increase the number of culturally responsible Black Engineers who excel academically, succeed professionally and positively impact the community.”

Organizations such as NSBE offer Black students an on-campus community of peers with shared life experiences. 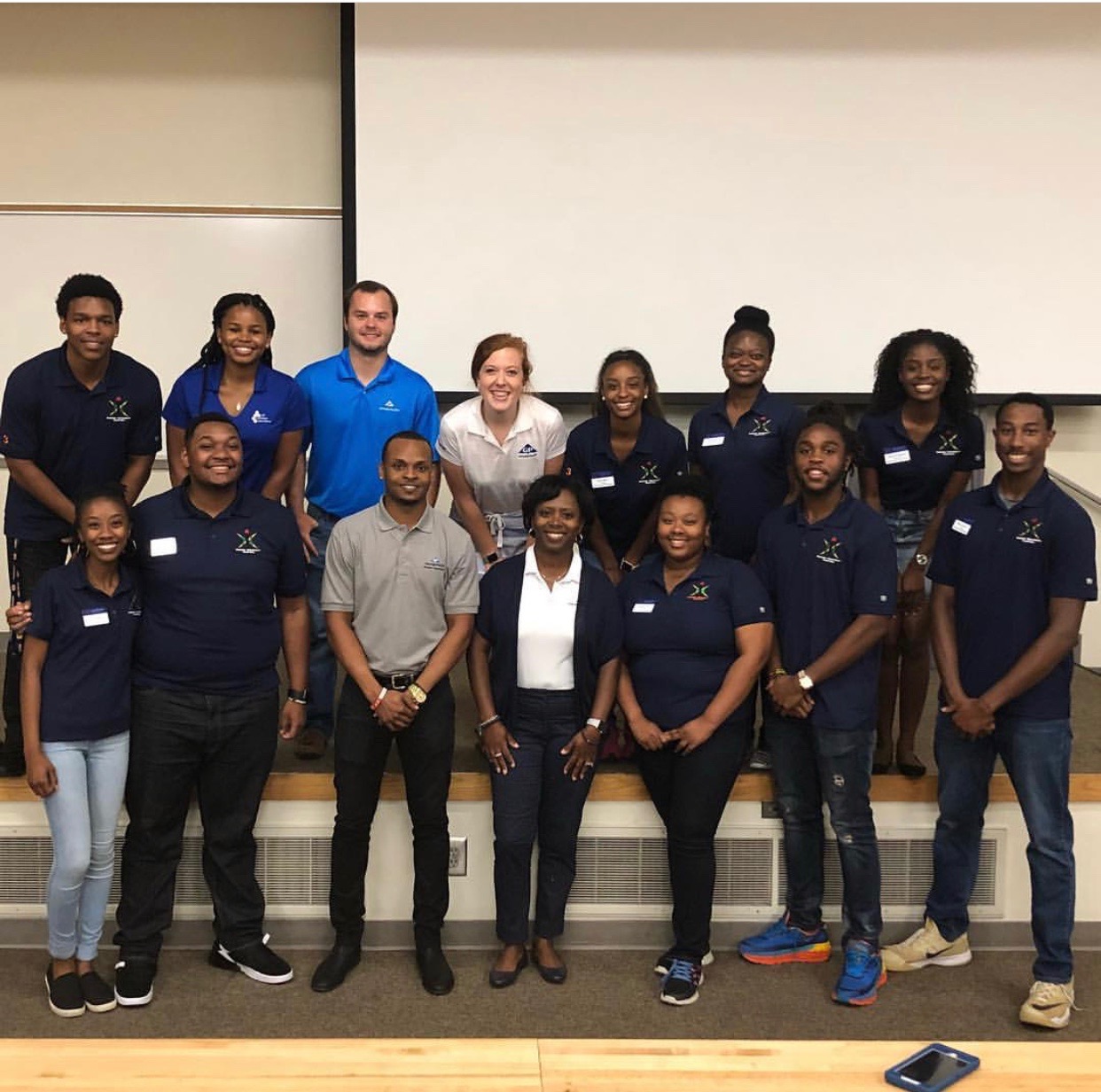 NSBE welcomes professional speakers and recruiters to its weekly meetings.

Jeffrey Fergus, associate dean for undergraduate studies and program assessment, is the faculty advisor for the Auburn chapter. He emphasizes the value of NSBE as a support system for Black engineering students.

“In addition to organized professional development programs, NSBE provides a community of support to help its members persevere in times of struggle and celebrate in times of success,” he said. “Such support is important for all students, but the opportunity to spend time with other Black engineering students is especially important for NSBE members, because they are often the only or one of a few Black students in their classes.”

The Auburn NSBE chapter is comprised of nearly 100 active members who, during a regular non-pandemic semester, would meet weekly in the Brown-Kopel Engineering Student Achievement Center to listen to guest speakers cover a range of topics from the history of voting rights in the South to negotiating a salary offer.

Weekly chapter meetings have transitioned to Zoom, but the format has opened the door to greater participation from professional speakers and recruiters who may not normally have been able to travel to Auburn for an in-person event. 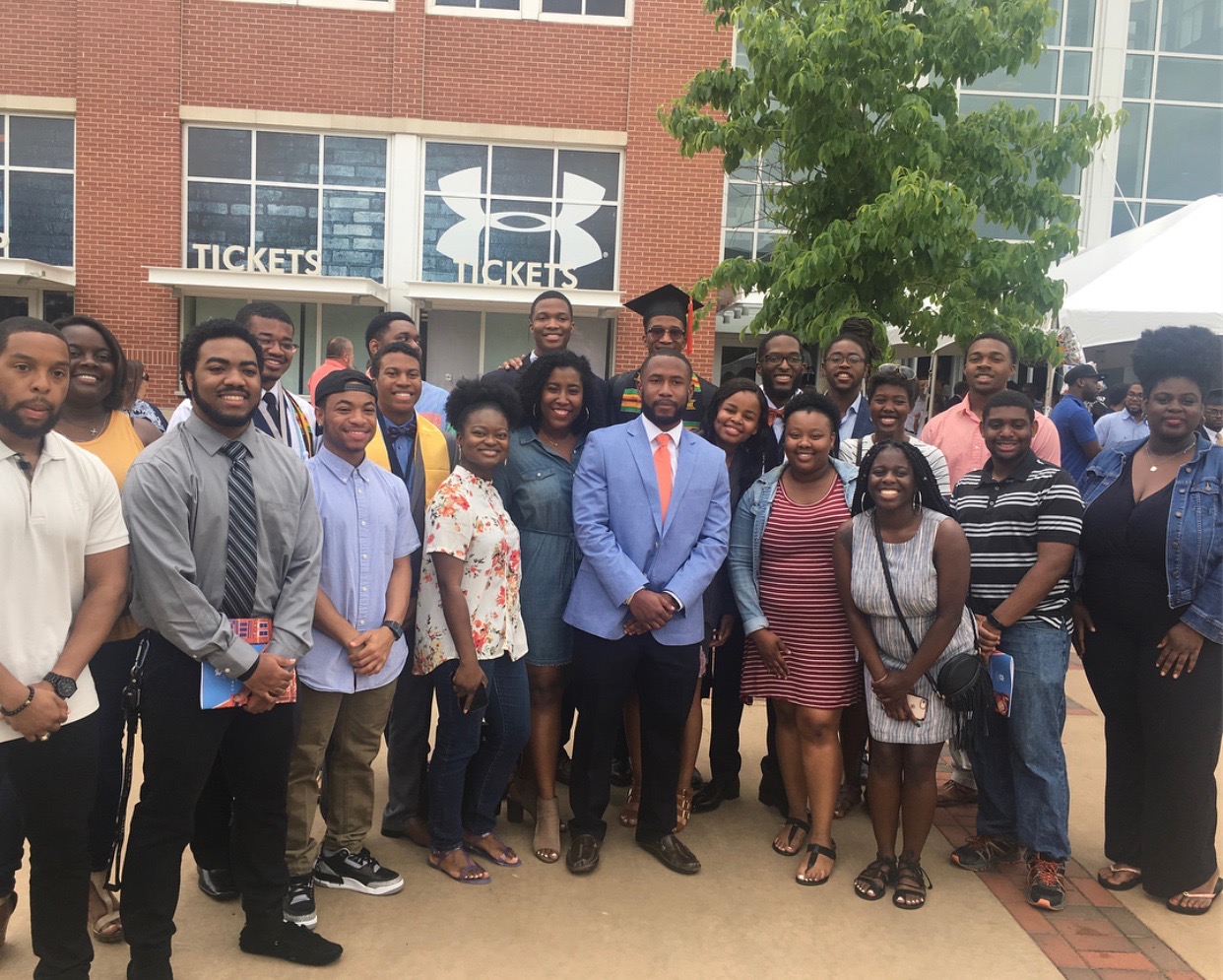 NSBE has more than 15,000 collegiate members across the United States and abroad.

“One of the biggest benefits to virtual meetings is that we’ve had the opportunity to have representatives from far more companies join our meetings and speak to our students than ever,” Foster said. “Some of these people would never have been able to come to Auburn in person – take the Microsoft representative who joined from Seattle, for example. We’re using the virtual format to our advantage.”

“He’s our first member who has been a part of the online programs that the College of Engineering offers, but he’s been able to join all of our meetings and attend everything, so that was an awesome benefit,” she said.

Virtual events can only go so far, however. In a regular year, students would normally look forward to attending and competing against other engineering schools at FRC, throwing themed get-togethers, hosting the annual Cultural Fashion show and celebrating one another’s achievements at their annual awards banquet.

Foster and the organization’s executive board hope to hold as many of these events as possible during spring semester.

“Hopefully, next semester, we can get to do some of our fun events that we didn’t get to host this fall,” Foster said. “There’s so many things we want to do and we’re trying not to overload everyone, but we also want to get as many of them on the schedule as possible.”

NSBE is one of many Auburn Engineering student organizations that enjoy the support of dedicated alumni who give of their time and resources to ensure the success of the next generation. 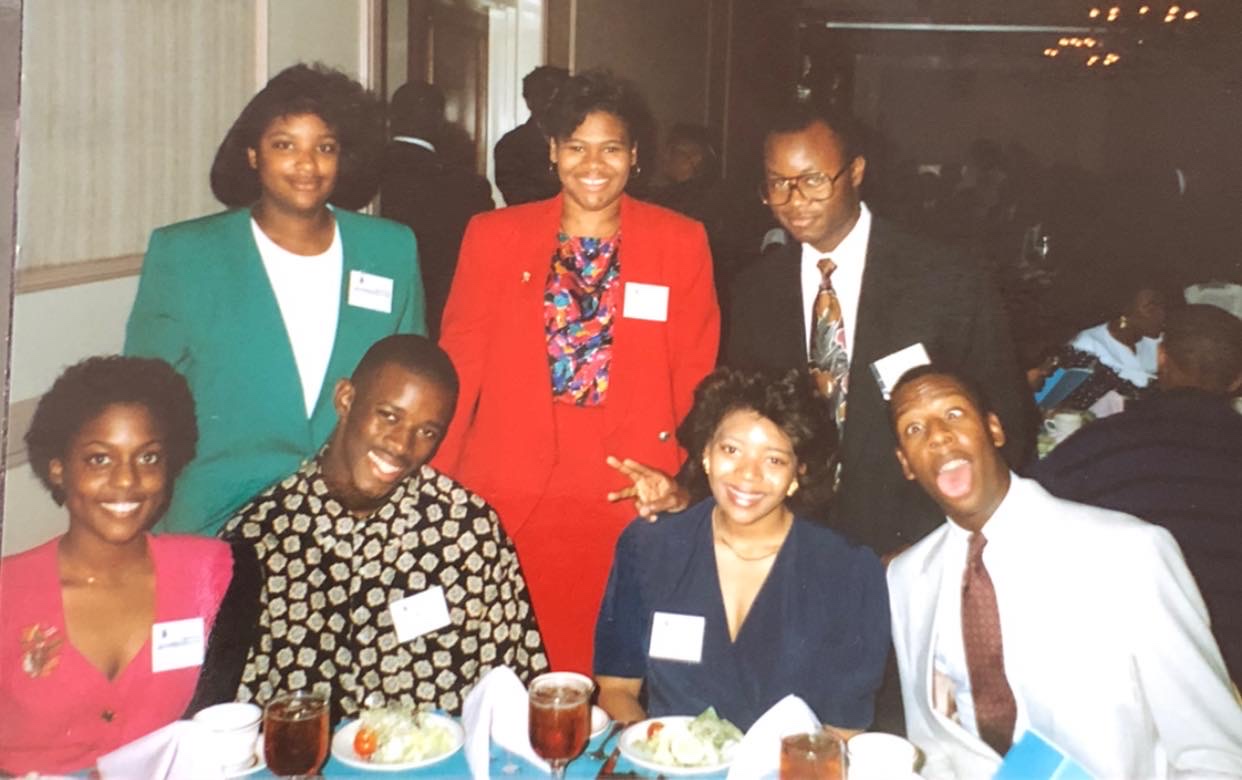 Past NSBE members, including Mendolyn (Brooks) Foster and Bernard Foster (top row center and right), gather for a gala dinner.

“Alumni provide examples of what students can look forward to becoming when they graduate. They can provide useful advice on how to succeed and encouragement by sharing how they may have also struggled at times as a student but persevered,” Fergus said. “The Samuel Ginn College of Engineering and NSBE have many dedicated alumni who provide inspiring examples of success and generously spend time with our students.”

Jeremy Woods, ’16 software engineering, is one such dedicated NSBE alumnus. His enthusiasm for NSBE started before his college days as a member of the Birmingham NSBE Jr. chapter.

“I knew that I wanted to be an engineering major and I already had a relationship with the organization,” he said. “While I was at Camp War Eagle, I was approached by members of that year’s executive board and decided to give it a shot.”

Woods, now a software engineer at Google and a member of the Auburn Engineering Young Alumni Council, recently established the Jeremy Woods Endowed Scholarship in engineering. The endowed scholarship, which was matched by Google, will provide meaningful support to engineering students, with preference given to students who participate in NSBE. He also volunteers as a Google Engineer and does recruiting at Auburn that focuses on groups such as NSBE, the Society of Women Engineers and the Society of Hispanic Professional Engineers.

“When I first graduated, I would normally have communication with the Auburn NSBE executive board and provide feedback and advice when possible. Since then, most of the students I know personally have graduated so I have switched to trying to leverage my resources in favor of underrepresented groups who are pursuing engineering. The scholarship prioritizes students in NSBE because that was a big part of my college experience,” he said. “I know college organizations run on alumni support and I think it is important to support the organization that I feel supported me.

MaTais Caldwell, a senior in computer science and NSBE membership chair, appreciates the time and energy alumni pour into the organization.

“Alumni are living examples of the results of working hard and being committed to the mission of the organization,” Caldwell said. “I feel that the alumni can help give the new members a head start by explaining some of the steps they took to be successful and what pitfalls to avoid.”

For Caldwell, who joined NSBE for the chance to network among his peers and the opportunity to grow as a leader, there has never been a question of whether he would remain involved with the organization after graduation.

“I believe it’s paramount that alumni are involved in chapter events,” he said. “I do plan on being involved with NSBE for the rest of my life. I feel it is not only right, but my obligation to help the next generation of NSBE members succeed.”