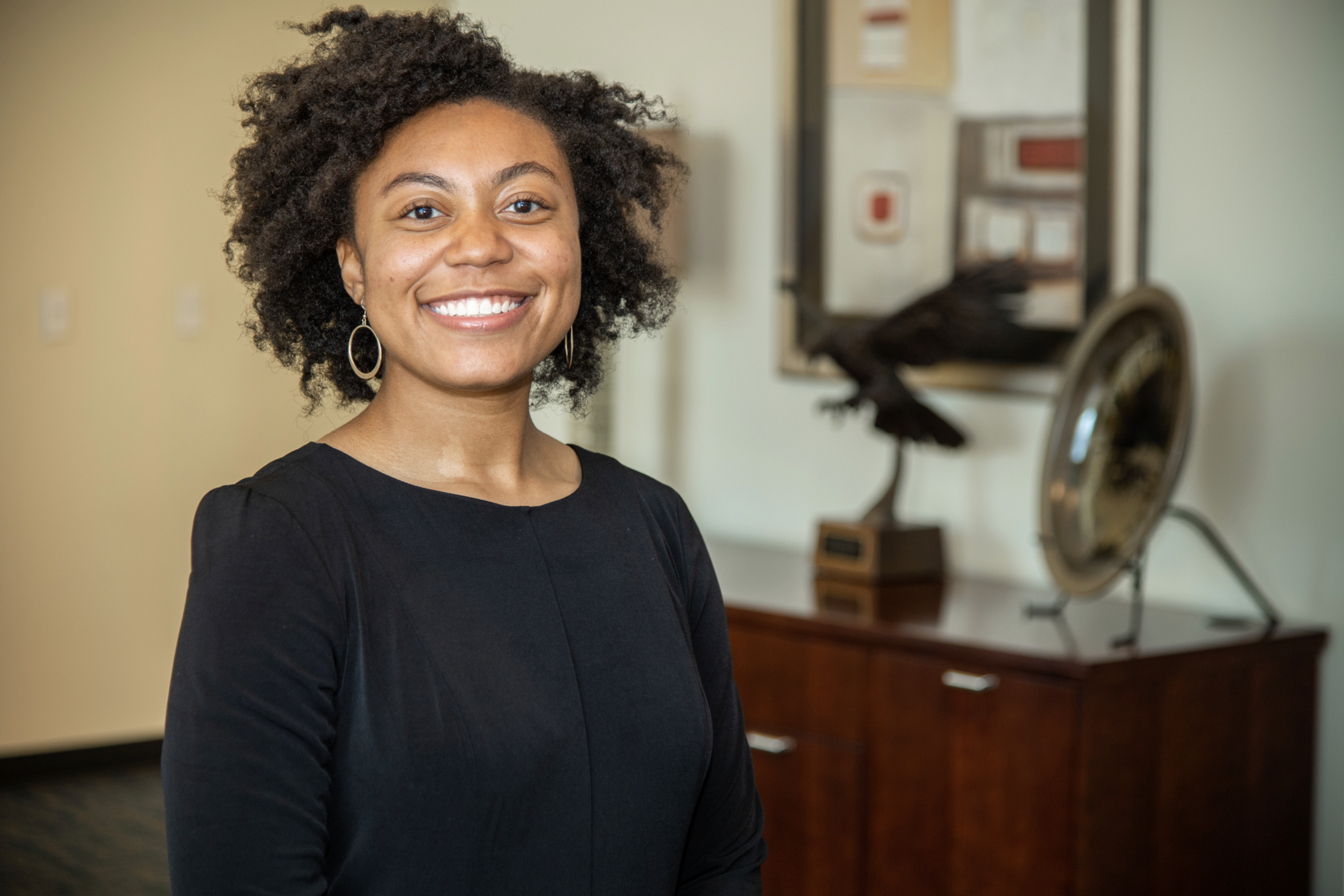 BE THE CREED: BRITTANY RANSOM

I believe in the human touch, which cultivates sympathy with my fellow men and mutual helpfulness and brings happiness for all.

She’d come from Huntsville for an informal visit. She was wandering around Shelby Center. She heard “hello.”

“I think he was a chemical engineering major,” she said. “He said, ‘I know no one is around to give campus tours right now, but I can give you one if you want.’ I left thinking, wow, Auburn really wants to see you succeed.”

For three years, that’s what Ransom has done. The mechanical engineering junior has landed more student organization leadership positions than you can count.

But Ransom isn’t just padding her portfolio for kudos. She’s doing it to put herself in a position to go the extra mile — or miles.

“The buildings around us make us who we are,” she said. “I’ve heard of hospitals in other nations so poorly made that people sometimes get worse when they’re in the hospital. To be able to reinvent infrastructure there could  really save an entire community.”