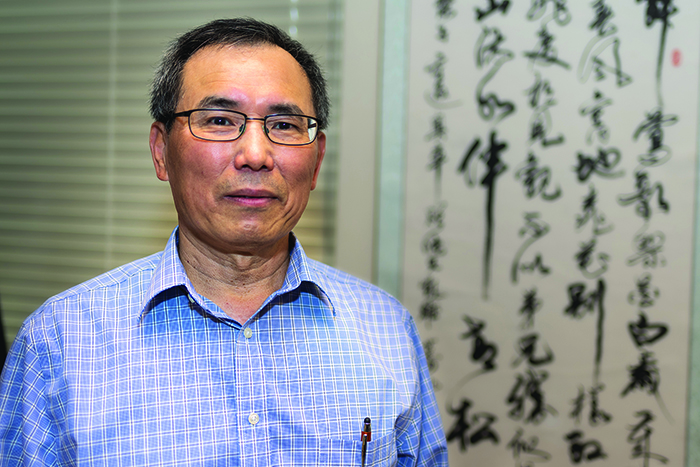 BE THE CREED: KAI CHANG

I believe in education, which gives me the knowledge to work wisely and trains my mind and my hands to work skillfully.

Long before he was a professor, Kai Chang remembers his own days sitting in a college classroom, listening to a convoluted lecture in a logic circuits class. He recalls thinking, “Maybe I could do a better job explaining this.”

It wasn’t a stretch. Since joining Auburn’s computer science and software engineering faculty in 1986, Chang has garnered effusive praise from students for his engaging teaching style. “Interactive, funny and informative” is how one student described him in a course evaluation.

“Programming is not an easy concept,” Chang said. “And when you talk about all the details, sometimes it can be boring. So, I try to stir up interest in the students.”

He does that through interesting examples and tying lectures back to Auburn sports and current events.

Now, after 35 years at Auburn, Chang is retiring in July. While his teaching has touched generations of Auburn students, his work as an administrator has also left an indelible mark.

As a former graduate program officer and department chair, Chang played a significant role in CSSE’s success in attracting female and minority students. It was a notable achievement when CSSE graduated 10 Black doctoral students in 10 years during the 2000s.

Now, as he looks back on his career and the department’s success, he sees CSSE well positioned to continue its diversification and ascent in the rankings.

“Auburn computer science and software engineering has a bright future,” Chang said. “There’s no doubt about that.”