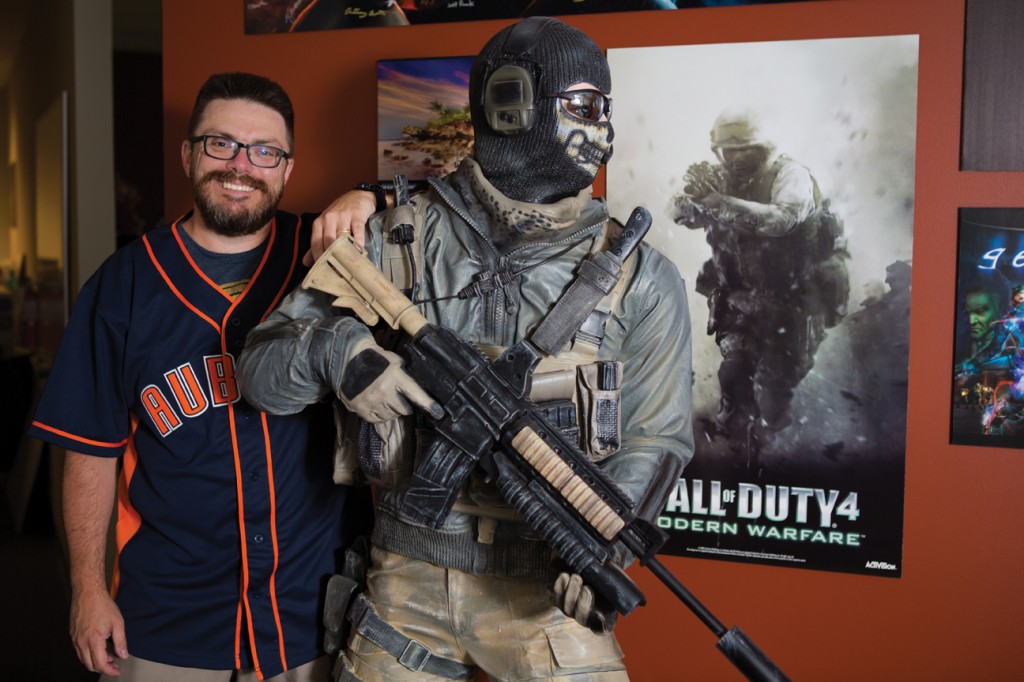 Dan O’Leary, a ’92 mechanical engineering graduate, has always embraced his inner geek. He is a founder of n-Space, an independent game development company that has worked on top-selling entertainment properties such as the Call of Duty Modern Warfare series and Heroes of Ruin for Nintendo DS.

Engineering challenge . . . talking intelligently with design staff, engineers and customers. Our games require complex physically modeled systems that update in real-time, and our teams tackle problems my professors would be proud of — from collision systems and particle emitters to vehicle dynamics and player motion analysis

Current projects . . . finishing Heroes of Ruin for the Nintendo 3DS, a top-down loot-based dungeon brawler; fitness-based titles for the Microsoft 36O with Kinect, a camera-based system that provides 3D tracking of a player’s body; an innovative title for the explosive Facebook / iOS market

My Auburn Engineering . . . taught me how to dissect problems and work with others to solve them; showed me how to model complex systems on a computer; rekindled my passion for programming; exposed me to advanced 3D computer graphics, courtesy of Dr. Madsen’s Silicon Graphics Indigo workstation; helped me land a job in the simulation industry that ultimately led to founding n-Space

Turning point . . . n-Space lost a business partner to cancer in 2OO8; he ran the company, while I was in charge of development — his death forced me to take on different responsibilities, develop a new outlook towards the business and trust our great employees

Early on . . . none of us had a clue about running a business; I turned 25 a week after we started n-Space; we were passionate about making games; we failed often and learned quickly from our mistakes, and we worked hard — really hard

Sense of pride . . . the team of more than 6O that we have built and the products they have created — almost 4O games in less than 18 years; shipping games for every major handheld and console platform; working with iconic brands, organizations and properties such as Activision, Call of Duty, Pixar, Toy Story, LucasArts, Star Wars, EA and James Bond