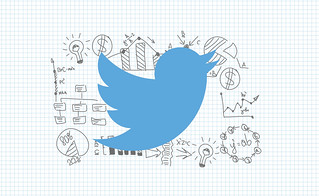 For Chris Moody, ’90 electrical engineering and vice president of data strategy for Twitter, analyzing 500 million tweets every day is just another day on the job.

Moody resides in Boulder, Colo., and previously served as chief executive officer of Gnip, one of the earliest social data providers. Gnip tracks every tweet delivered as part of the Twitter “firehose” and helps companies find the exact tweets they’re requesting. This enables companies such as IBM, Adobe and Microsoft to build analytics products on top of Twitter data to help brands better understand what their customers are saying about them.

Gnip was formed in 2008 when the concept of social media was still in its infancy and people did not realize the impact it would have around the world. 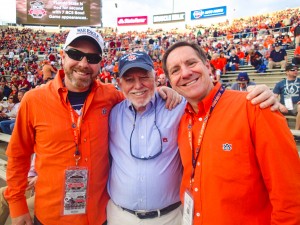 By the time Moody joined in 2011, the company was gaining traction and within three years, Gnip grew to serving customers in 42 countries. Its data distribution network included more than 95 percent of Fortune 500 companies. Gnip was the first company to partner with Twitter to resyndicate its data, allowing Twitter to concentrate on building its advertising business. Because of the great working relationship established between the companies, Twitter acquired Gnip in May and Moody transitioned over.

“I often tell people the team at Twitter is working with the largest archive of human thought that ever existed,” Moody said. “Using our data is like putting on a pair of glasses that gives you a super power because the data allows you to know exactly what the world is thinking on just about any topic at any moment in time.”

Moody sees his new role at Twitter as not just a job, but a way of making a difference and delivering valuable data information to companies who seek to improve a return on investment.

“Today, I am responsible for Twitter’s data strategy and it is a dream job. I get to work with some of the smartest and most innovative people on the planet.”

Moody’s interest in this platform began while he was studying electrical and computer engineering at Auburn because of his innate curiosity in combining business applications to scientific principles. After graduating, he began his career as a consultant with Engineering Data Systems and climbed his way up the ladder in the data systems industry until he landed at Gnip.

While his passion has always revolved around data and business, Moody’s influence has been his family, specifically his father, Thomas Moody, ’61 engineering physics.

“The very first word I could spell was ‘Auburn,’ and my dad was proud that I earned my engineering degree at Auburn University,” Moody said.

Auburn blood runs thick in the family. His brother Michael Moody, ’84 electrical engineering, and his two nieces who currently attend Auburn, all have deep ties to the university. In fact, Chris and his brother recently created the Thomas and Ernestine Moody Scholarship for the College of Engineering in honor of their parents.