Into the lab: Aerospace Engineering

Posted in Into the Lab 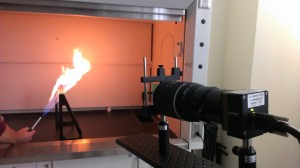 Anwar Ahmed, professor of aerospace engineering, is using an optical diagnostics technique that was modified to accommodate multiple laser beams to measure the optical path length and convective velocities in high speed flows that are dominated by eddy rotation in addition to translation. The four-beam Malley probe was developed with support from Kirtland Air Force Base in New Mexico for use in aero-optical research at the Air Force Research Labs (ARFL) in Dayton, Ohio, to improve feedback response of adaptive optics used for laser beam delivery through the atmosphere over long distances.

The quality of light source plays an important role in several applications that include communications, light detection and ranging for weather and environmental mapping, remote sensing, portable scanners for detection of chemical hazards, and spectroscopy. For defense related purposes such as airborne lasers, a beam has to pass through the atmosphere with clouds, moisture and dust particles before reaching its target. The cumulative effects of the less than ideal conditions result in rapid changes in the refractive index which scatters the beam and lowers the intensity and focus on the intended target. 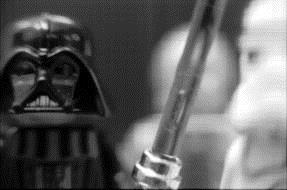 For astronomical observations the optical distortions caused by the atmosphere are corrected using adaptive optics with relative ease because observation times remain large compared to the shorter reaction times of lasers mounted on airplanes. The use of adaptive optics to correct the laser beam and retain its full energy requires instruments that can react to the changing environment rapidly. A two-pronged strategy to overcome these shortcomings involves careful flow control measures around the turrets using active and passive means. Development of the multiple-beam Malley probe is a part of an ongoing ARFL supported effort to conduct benchmark experiments for the understanding of locally induced turbulence generated noise, broadband influence of disturbances on the refractive index, vibrations and fluid-optical interactions. Research also includes determining the influence of flight conditions such as aircraft speed and altitude.