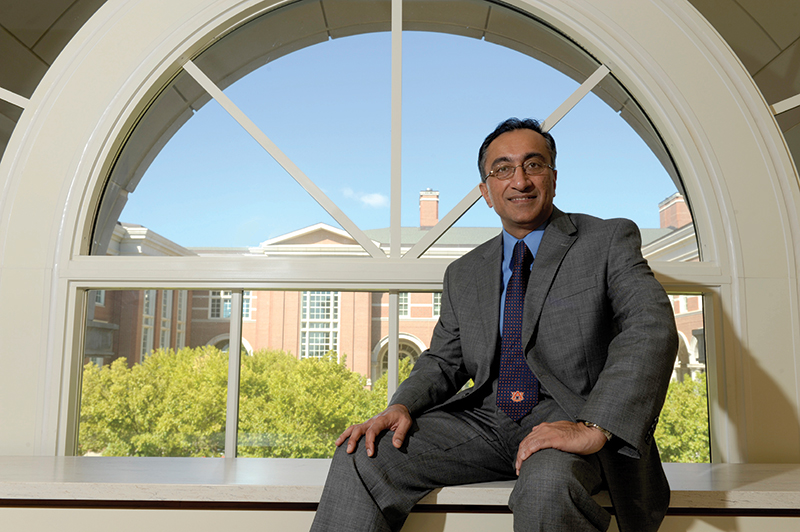 Auburn University has been selected to lead a national manufacturing effort on harsh environment electronics as part of a U.S. Department of Defense led flexible hybrid electronics institute.

FlexTech Alliance, based in San Jose, California, will coordinate Nextflex, which comprises 96 companies, 11 laboratories and non-profits, 43 universities and 15 state and regional organizations. Auburn University will head the only node in the state of Alabama.

Leading Auburn’s node on harsh environments is Pradeep Lall, the John and Anne MacFarlane professor of mechanical engineering and director of Auburn’s NSF Center for Advanced Vehicle and Extreme Environment Electronics, or CAVE.

“This establishment will provide engineers with the integrated skills and theoretical background for the manufacture of flexible hybrid electronics for extreme environment applications,” said Lall. “It will create intellectual property and expenditures on research, education and related activities, as well as catalyze development of technologies which can be manufactured in the state. We have developed strategic partnerships with industry and research labs in Alabama and nationally for development and demonstration of technologies for harsh environment operation.”

The institute will be awarded $75 million in federal funding over a five-year period and is being matched by more than $96 million in cost sharing from non-federal sources including private companies, universities, not-for-profit organizations and several states, including Alabama.

“The strength of the institute will stem from the strong support and previous work of our partner organizations,” said Michael Ciesinski, CEO of FlexTech Alliance. “Auburn University’s strong work in utilizing electronics in harsh environments will lend the institute a huge advantage in the special needs for that environment. We look forward to collaborating with the excellent team there and the CAVE facility.”

In addition to defense, the institute’s activities will benefit a wide range of markets including automotive, communications, consumer electronics, medical devices, health care, transportation and logistics and agriculture.

“I am pleased Auburn University is a partner in this national organization, and Dr. Lall is leading the way for its initiatives on harsh environments,” said Christopher B. Roberts, dean of the Samuel Ginn College of Engineering. “The institute represents an innovative collaboration between the public and private sectors and has the potential to make a huge impact on our nation as we continue to embrace advanced manufacturing.”

The new institute is part of the National Network for Manufacturing Innovation program. Nextflex is the seventh manufacturing innovation institute announced and the fifth under Department of Defense management. The institutes are intended to bridge the gap between applied research and large-scale product manufacturing, and it is anticipated Auburn’s harsh environment node will create technologies for the benefit of the nation’s commercial and national defense interests.