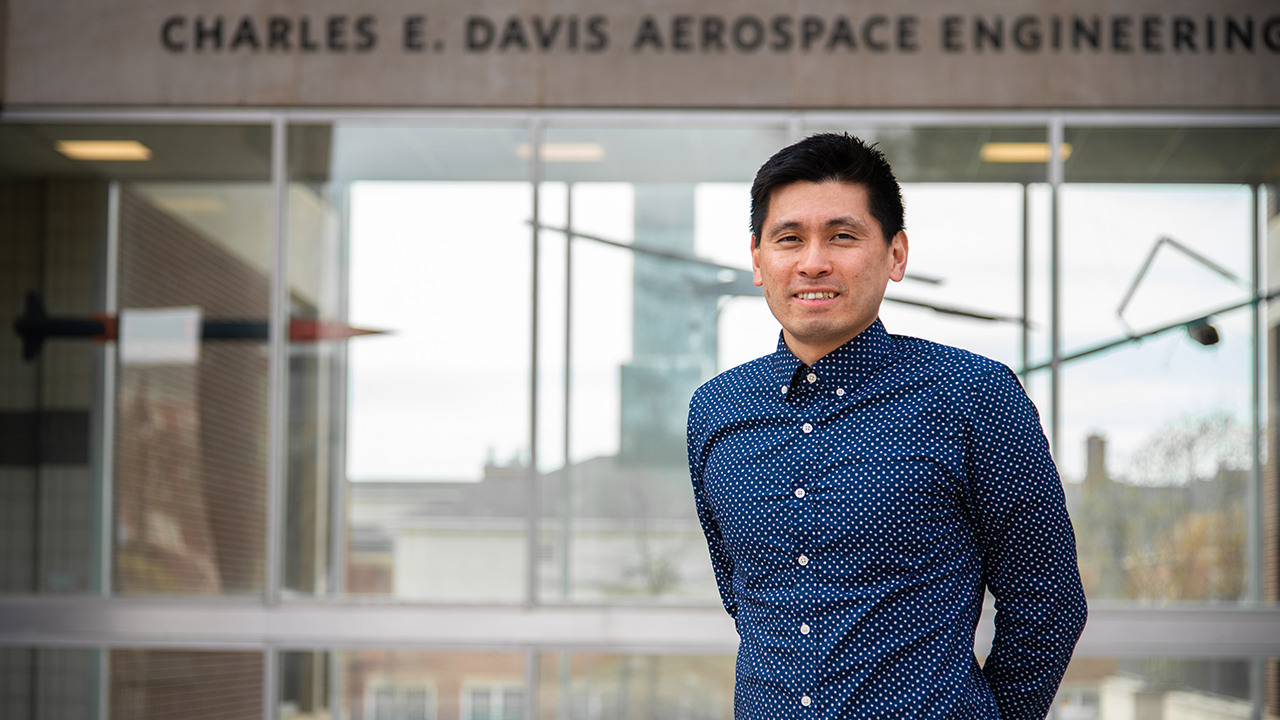 From the Faculty: Evolution of Asteroids

Asteroids are rocky, small objects in the solar system. They are called Near-Earth Asteroids, or NEA’s when their heliocentric orbits (the orbits centered at the sun) are close to the Earth’s.

For the last few decades NEA’s have been considered to be interesting objects for multiple purposes. Scientifically, they are key records of the formation and evolution of the solar system.

They have also been targeted as planetary resources, or potential use of minerals, water and other materials. Therefore, better understandings of NEA’s will substantially expand possibilities and capabilities for our future explorations to these objects.

Recently, two spacecrafts from different aerospace exploration agencies have explored NEA’s in detail. Hayabusa2, led by the Japanese Aerospace Exploration Agency, has observed asteroid Ryugu, which is named after a castle under the sea in a Japanese fairy tale. On the other hand, OSIRIS-REx, led by NASA, has investigated asteroid Bennu, the name of which is from an Egyptian deity that appears like a bird.

These NEA’s were selected to be scientifically impactful to provide strong insights into the origin of human lives because they contain carbon-rich materials and are believed to have come from the main belt (a reservoir of asteroids orbiting between Mars and Jupiter).

Ryugu and Bennu possess unique geophysical features such as shapes, structure and material compositions. These NEA’s are not made of a single rock but consist of a pile of numerous rocks, and thus are called rubble pile asteroids. Interestingly, their shapes look like diamonds on playing cards and are called top shapes.

Unfortunately, it has poorly been understood how and why these rubble pile asteroids have evolved to have such strange top shapes.

The Space Technology and Application Research, or STAR, lab has played a critical role in Hayabusa2 and OSIRIS-REx. The STAR lab has especially contributed to giving scientific clues on this question. Our lab has developed a technique for characterizing the behavior of piles of rocks in a microgravity environment, which is not exactly the same as the behavior of sand piles sliding seen in quarries. We incorporated this technique into a finite element modeling approach to numerically model the internal structure of these asteroids.

We found that their rotation is a key contributor to the evolution of their top shapes. The centrifugal force driven by fast rotation pushes materials in the radial direction to develop a ridge at the equator and a symmetric shape along the spin axis.

Using our novel approach, we successfully explained the deformation process seen in their asteroids uniquely happens due to their microgravity environments.

Hayabusa2 and OSIRIS-REx have provided significant information of Ryugu and Bennu. Our lab will keep contributing to these spaceflight exploration missions and provide further constraints on the geophysical properties of these asteroids.

We believe that our work will develop new approaches that will enable further advanced spaceflight exploration missions to asteroids.

Masatoshi Hirabayashi is an assistant professor in the Department of Aerospace Engineering.