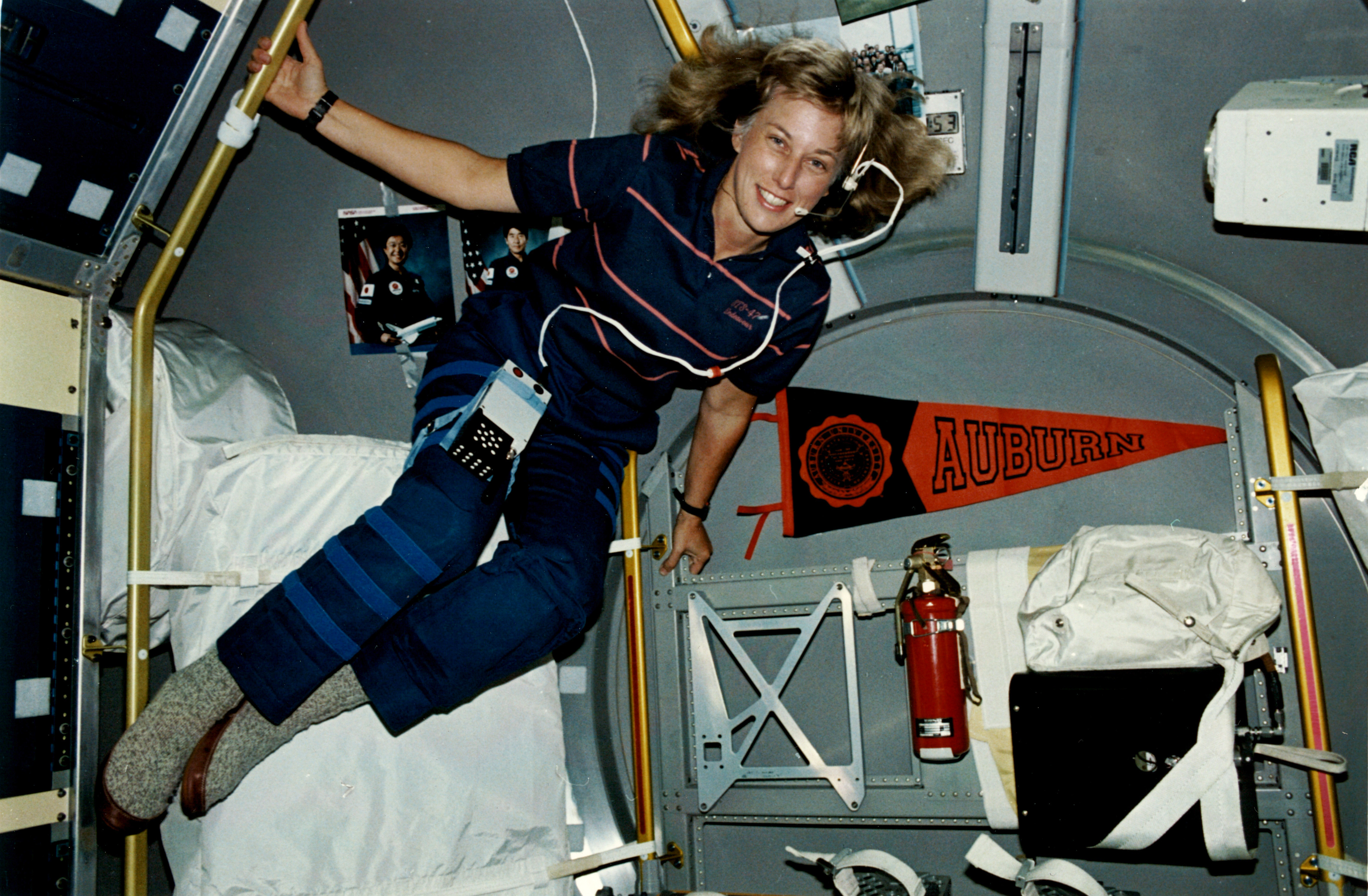 Jan Davis is a 1977 mechanical engineering graduate who enjoyed a distinguished career at NASA as an engineer, astronaut and executive and now serves as a leader in private industry.

After beginning her career at Texaco, Davis joined NASA as an aerospace engineer in 1979. After the Challenger disaster, Davis made a lasting impact on the Space Shuttle design by leading a multi-center team for the redesign of the Solid Rocket Booster Aft External Tank Attach Ring.

From 1987-98, she was an astronaut mission specialist, serving on three shuttle flights and logging over 673 hours in space. Later in her NASA career, Davis served as director of the Flight Projects Directorate from 2001-03 and as director of the Safety and Mission Assurance Directorate from 2003-05. From 2005-17, she was a vice president at Jacobs Engineering. She now serves as a technical expert for Bastion Technologies Inc.

JH: President Trump announced that we would be back on the moon, and on our way to Mars, in five years. How does it feel to know that your alma mater’s additive manufacturing initiatives will play a huge part in that?

JD: It’s great. There are a lot of Auburn engineers not only at Marshall but at the other space centers, and so we’re building the space launch system with just the rockets with the Orion module on top. That’s what I am working on now still at NASA as a contractor and it’s really exciting. We have started working on the hardware right now and we will begin testing it within the next year.

JH: Which of your space missions saw the most meaningful research?

JD: Well, all three of my missions had a lot of scientific experiments, but the one that’s most meaningful to me was on my second mission. It was protein crystal growing experiments — to grow a perfect crystal of a protein. Your body is made up of proteins, so they want to know what the proteins look like exactly so that a particular drug can attach to it to prevent a bad bug from attaching to it. They just needed to know the structure.

So they bring the protein back and do a 3-D computer model of what we do in space. They didn’t know what insulin looked like back in 1994. So we had two big batch runs with insulin and grew a perfect crystal that made breakthroughs in research for diabetes and artificial insulin. But that particular flight was a one-shift mission, so my crystal started growing when I was supposed to go to bed, so I had to do some things to keep the experiment crystal growing.

I didn’t want to go to bed, I wanted to make this crystal grow, and it did.

JH: Didn’t you take an Auburn pennant up there with you once?

JD: I did, every flight I took something from Auburn. The first flight I had a pennant. We’re allowed to take two things that we can take out of our locker and display. Everything else was stowed. So one of the two things was an Auburn pennant and we had a module on that flight, our laboratory module. You’re supposed to take your module out and then put it back but I left it up there the whole mission. Our mission manager was an Alabama grad, so I said to him ‘when you guys have an Alabama astronaut, you can put an Alabama pennant.’ But yeah, I left it up there. I flew something from Auburn in every mission. Sometimes I’d ask Auburn what they wanted me to fly, but in that case I just flew my pennant. I also always had an orange and blue shirt with me.

JH: Let’s talk about the training; how intensive is it to prepare not only for what you have to do in space, but for the physical demands of getting there?

JD: Well, the biggest challenge is the mental challenge; there’s just so much to learn. The physical challenges are there, too, especially training for a spacewalk or some of the other things. We get centrifuge training so we know how to experience g-force during launch, but as I said, it’s a mental challenge to learn so much about the shuttle systems themselves, but also, they have an expert come in and teach us about astronomy and metrology.

We took a field trip out to New Mexico where we had all kinds of great learning experiences, and I like to learn, but then for flying the T-38 jets, we had to go through survival training that the Air Force flyers have to do — water survival, wilderness survival, parachute training, ejection seat training and all that kind of stuff. So that was kind of intense; but I loved it. I mean, it was exciting for me to be able to fly a military jet, you know, that was just awesome, because I was already a little plane pilot. It was all more than I ever thought it would be.

JH: You also went to Georgia Tech and the University of Alabama at Huntsville. I’m sure they try to claim you as much as we do. But Auburn is obviously the best. We’re special, right?

JD: You’re right, all three alma maters have done a lot but Auburn really embraces the Auburn astronauts. The university had us here years ago when all the former astronauts were still alive, they had us here to give talks. Auburn is a very special place and the people are special. I noticed how friendly and helpful the students were and people say ‘hi’ to you, so yeah, it’s a very special place. I always enjoy coming back.