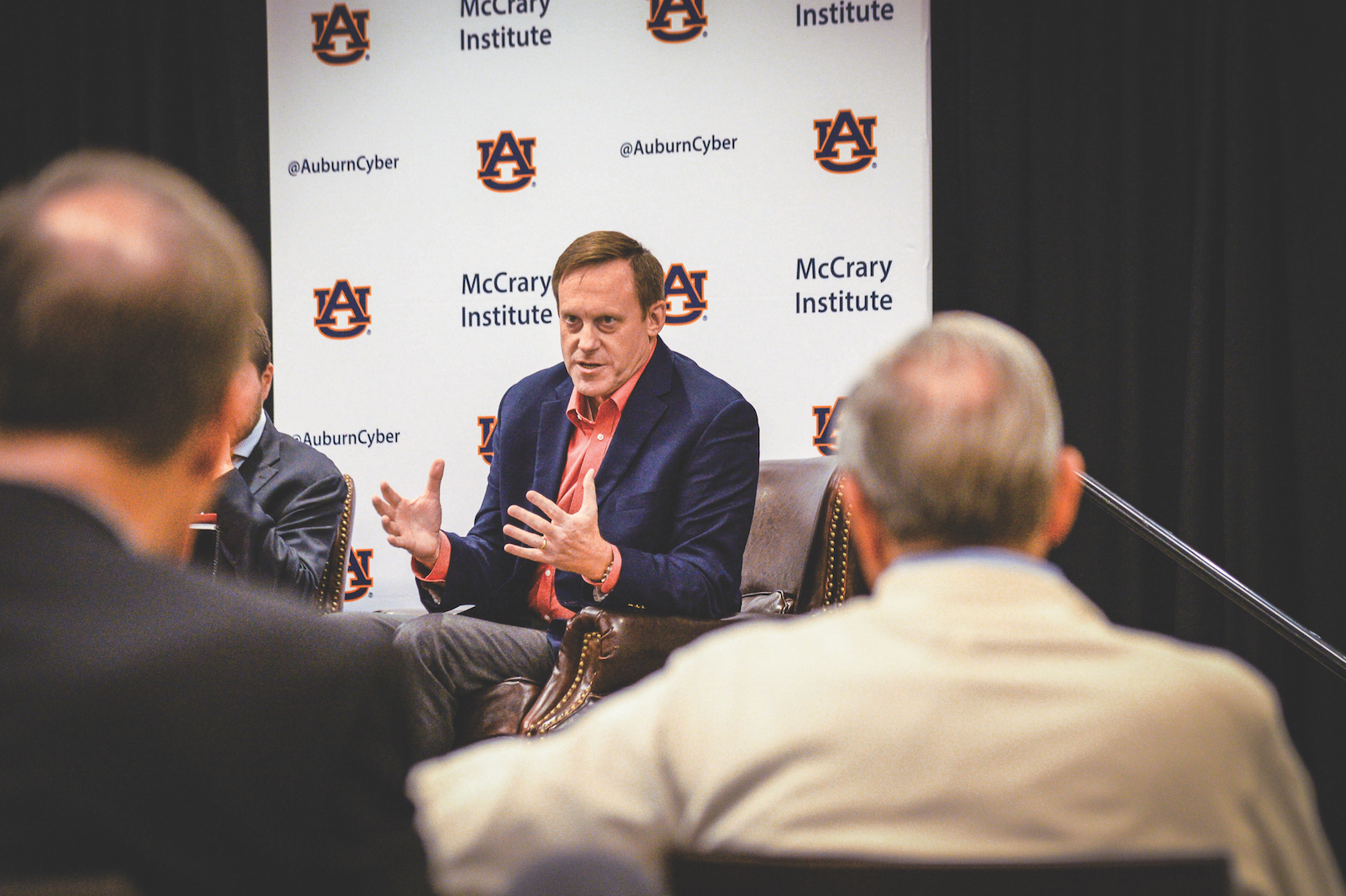 Adm. Michael Rogers returns to Auburn as part of Leaders on the Plains series

Retired Adm. Michael Rogers spoke at Auburn University on Nov. 1 as part of the Leaders on the Plains series, hosted by the McCrary Institute for Cyber and Critical Infrastructure Security.

Rogers, a 1981 business graduate from Auburn, retired from the U.S. Navy in 2018 after nearly 37 years of naval service, rising to the rank of four-star admiral. He is a former commander of the U.S. Cyber Command and a former director of the National Security Agency.

Rogers reflected upon his experiences on campus, in government and in the private sector after a long career devoted to public service. The conversation spanned a range of cybersecurity-related issues, including major threat actors, cyber defense, deterrence, other U.S. response measures and the best path forward for the United States and its allies.

You can watch a video of the presentation here. 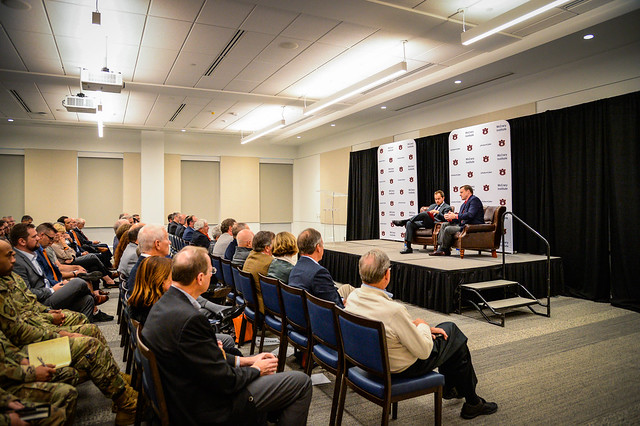