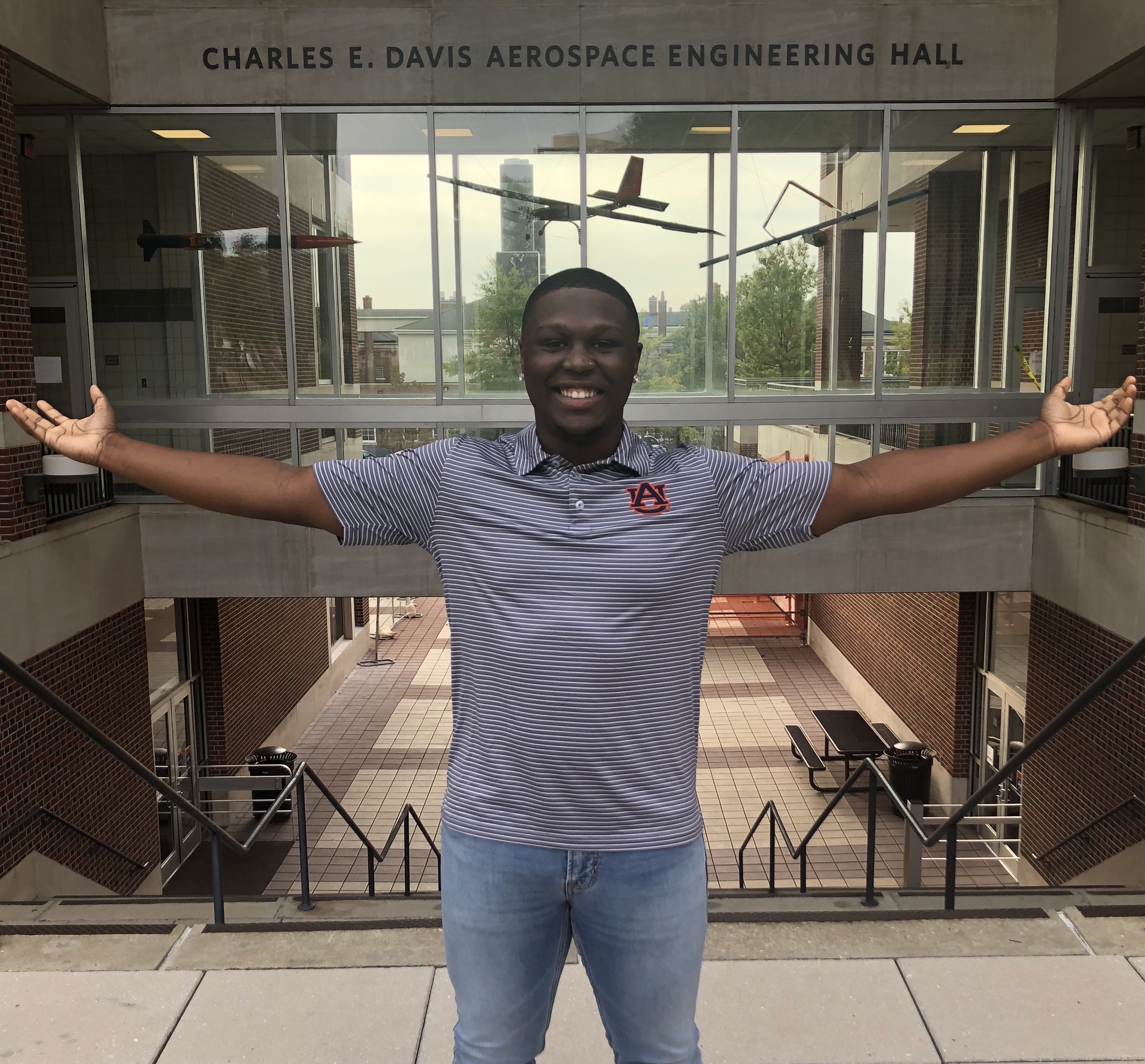 Be the Creed: Dremere Woods

I believe that this is a practical world and that I can count only on what I earn. Therefore, I believe in work, hard work.

Dremere Woods wouldn’t have made it to Auburn without “work, hard work.” The Cottondale native balanced his high school coursework with twice daily practice as a three-sport athlete and a part-time job at a local fast food restaurant. Often, he would not get to bed until 1 a.m., only to get up early again for practice the next morning before school.

“Someone at work once asked me, ‘What do you want to be when you grow up?’ and I told him I wanted to be a rocket scientist,” Woods recalled. “This man said, ‘No, you’re going to be stuck working at McDonald’s with me for the rest of your life.’ I told him I have dreams and aspirations bigger than McDonald’s and I’m going to do my best to prove all the doubters wrong.”

Woods, now a sophomore in aerospace engineering, put his paychecks toward purchasing ACT preparation books in order to raise his score high enough to get into Auburn. And while he didn’t end up with a football scholarship like his high school classmate Seth Williams, Woods did earn a full tuition scholarship as a first-generation college student.

“I can’t catch touchdowns like Seth does, but I’ve found my way of catching and making touchdowns through engineering and using my mind,” he said.

Only in his second year, Woods is already making an impact on campus and off. He was recently named a university-wide Be the Creed honoree and was one of WayUp’s top 100 interns for his work with GE Aviation. He’s just started an undergraduate researcher position and has his sights set on graduate school with plans to pursue a doctorate.